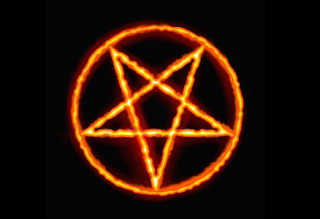 The Scottsdale City Council announced that The Satanic Temple will be barred from leading a prayer at a council meeting in July, as had been scheduled, AZ Central reported. Back in March, the council was looking for a legal method to block the prayer, as Mayor Jim Lane told The Republic. City officials received thousands of emails concerning the prayer, and religious groups threatened to protest.

City officials notified the Tucson chapter of the Temple that only representatives from groups with a “substantial connection to the Scottsdale community” would be permitted to lead the invocation, city spokesman Kelly Corsette told AZ Central. Their aim appears to be that by blocking the group for not being a big enough part of the community, they can try to avoid being called out for religious discrimination.

Temple spokesman Stu de Haan wasn’t buying it, though. “Here at the last minute they decided to make up or construct some reason or pretext not to have us speak,” he said to AZ Central. “They had to have made it up, because why would they approve us in the first place then?” De Haan said on Monday that it was too soon to say how the Temple will respond.

The planned prayer was supposed to refer to a “Luciferian impulse to eat of the Tree of Knowledge,” and end with a call to “hail Satan.” However, The Satanic Temple, does not worship a literal Satanic figure. According to their website, “Satan is symbolic of the Eternal Rebel in opposition to arbitrary authority, forever defending personal sovereignty even in the face of insurmountable odds.” They believe that “principles of individual sovereignty and rejection of tyrannical authority.”