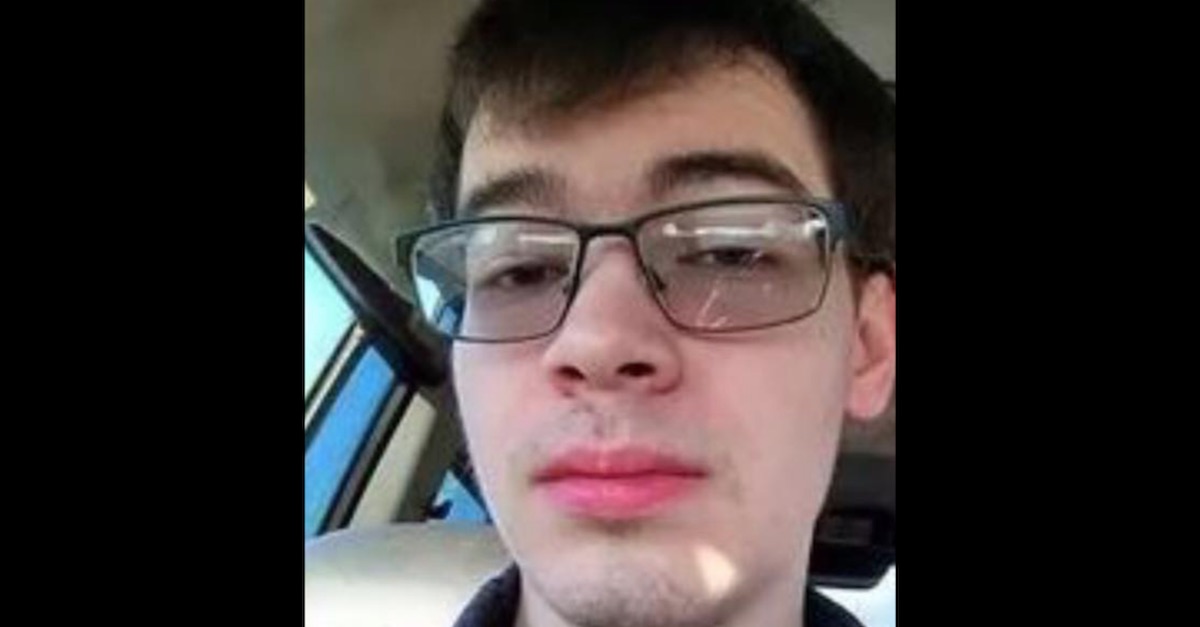 Casey Lawhorn of Tennessee as of 11 a.m. on Monday was still considered at large and alive, but if you took the words of his confession as true intents it was clear he was already a dead man. Now, it’s been confirmed by law enforcement that a body was found in Vossburg, Mississippi Monday morning that they believe to be Lawhorn. An initial Facebook post said Lawhorn died of a self-inflicted gunshot wound, but that post was removed and replaced with a new one that left this out.

Lawhorn, 23, on Sunday posted a 1,000-word confession on Facebook in which he matter of factly described the murders of his mother Vi Lawhorn, his friend Avery Gaines and justifies his “inevitable” suicide. Here are some key parts of the lengthy post:

After accepting full responsibility and blame for his actions, Lawhorn described the “technical details” of the murders.

He said he used a stolen .22 caliber long rifle. Lawhorn said he went to pick up his mother at Bud’s Sports Bar, that she was “completely wasted,” and that she, unprompted, said she’d be “devastated” if he killed himself. He said that this was a normal thing for her to say and do when drunk.

After a few minutes of pacing at home, he said, he shot his friend Gaines (he was asleep on the floor) once in the head and went to his mother’s room. He said he fired a round but the gun jammed. He said his mother was too drunk to realize what was happening until he actually shot her. He calmly fixed the gun jam, went back into the room and fired two more shots.

2) “She started screaming the worst scream I’ve ever heard”

Lawhorn said he shot his mother in the arm and she shouted, “You shot me. You’ve killed me. Why?” He said “[m]ovies really don’t do justice how real terror sounds.”

He said the gun jammed again, he fixed it again, turned on the lights so he wouldn’t miss and shot his mother to death.

3) He took his friend’s heroin and cash, was disgusted by the corpse

After shooting his mother, Lawhorn said, he went back into the living room where he shot Gaines. He said, “thick dark blood was pouring from [Gaines’] nose,” and “bile came out of his mouth.”

He said he felt nothing but adrenaline, except disgust upon seeing Gaines’ corpse “and the noises it was making.” He said he grabbed cash and heroin and left, saying the murders took “probably 3 or 4 minutes.” He made sure to mention that he didn’t harm the cat or dog.

4) “How should I not be expected to kill myself?”

Lawhorn shifted from what he did to what he’s going to do. He immediately questioned people who say “suicide isn’t worth it,” said that he has been suicidal since late high school, and that he regarded both a tragic demise “unavoidable,” and suicide as “inevitable.”

He said it’s either life in prison or the death penalty, and reasoned that suicide is better than both, and for peculiar reasons.

For instance, he twice that said lifetime incarceration or the death penalty are both a waste of tax dollars.

“Surely any normal person would wish death on themselves after doing what I did, seeing what I saw and hearing what I heard,” he said. “If I would get the death penalty, then I should definitely kill myself, otherwise I’m just wasting tax dollars on lengthy legal processes.”

“Even without being executed, wasting away in prison sounds awful, and also a horrible use of state money,” he continued.

5) Don’t offer thoughts and prayers; if hell exists, he says he’ll be with the devil in the lowest level

“Don’t give me or my family your thoughts and prayers. No one will be hurt more by this than my brother (Chad Lawhorn). He will probably need a lot of help getting through this, and if you think you are helping him just by talking to the sky, you’re fucking wrong,” Lawhorn began.

“Nothing happens after death, but if there is a hell, I’m going to be in the lake of ice at the bottom,” he said, referencing Dante’s Inferno. In that work, the ninth circle of hell contains the center of hell where Lucifer is frozen in a lake of ice, known as Cocytus. This circle is reserved for those who betray others most close to them and Lawhorn is well aware of this.

“Betrayal of family and betrayal of guests are two of the worst sins,” he said. “[W]hat I look forward to is the nothingness after death. I’ve spent a lot of time thinking about murder, wondering what it feels like. But I’ve barely felt anything.”

Although Lawhorn’s Facebook confession no longer appears on his profile, people have taken screenshots and it continues to circulate online.

For anyone who hadn't seen the original post.
Its an absolutely harrowing read. They still haven't found him either. #CaseyLawhorn pic.twitter.com/UdyLo1vbdg