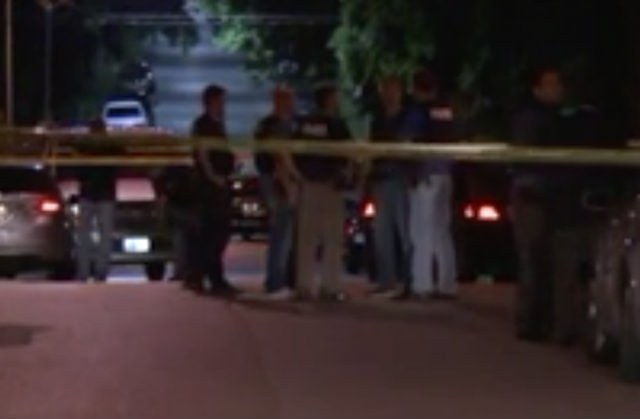 ST. LOUIS (AP) — A black St. Louis police officer, who was off duty when he heard a commotion near his home and tried to help fellow officers arrest three black suspects, was shot by a white officer who did not recognize him, police said.

A white officer who had just arrived on the scene of a suspected crime Wednesday night saw the off-duty black officer walking toward other officers and shot the officer in the arm “fearing for his safety,” a police statement said.

The wounded officer, who is 38 years old and has been with the department 11 years, was taken to a hospital and later released.

The officer who shot the off-duty officer is 36 years old and has been with the department more than eight years.

Officers shot one of the suspects in the ankle. He was taken to a hospital and treated for his wound. He’s now in custody.

A second suspect was arrested at the scene. A third remains at large.

Police said they are continuing to investigate.