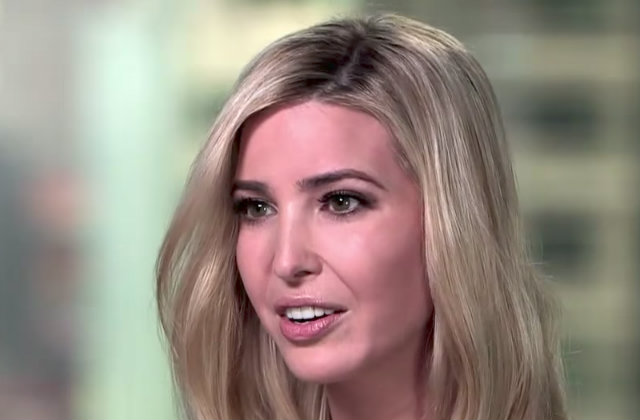 NEW YORK (AP) — Ivanka Trump must testify in a dispute with an Italian shoemaker over one of her company’s shoe designs, a judge said Friday.

U.S. District Judge Katherine Forrest rejected a request by the senior White House aide’s lawyers that she be blocked from submitting to a deposition in the trademark infringement lawsuit brought by Aquazzura Italia SRL against her and her company IT Collection LLC.

The judge says Ivanka Trump must submit to questions posed during a deposition lasting no more than two hours, “given Ms. Trump’s competing professional obligations,” and occurring in Washington, if that’s Trump’s preference. The judge said the deposition should occur by the end of October on a mutually acceptable schedule.

In ruling, the judge said “Ms. Trump’s public statements regarding active and comprehensive brand management lead to a reasonable inference that the shoe at issue would not have been released without her approval.”

“In such a situation,” she said, “a deposition is appropriate.”

In a declaration filed with the court last week, Trump described herself as the former president of the company, saying she is now an assistant to the Republican president of the United States and maintains an office in the White House.

“I had no involvement in the conception, design, production or sale of the ‘Hettie Shoe,'” she said, adding that those responsibilities belonged to the company’s licensee, Marc Fisher, which was also sued.

“My involvement was strictly limited to the final sign-off of each season’s line after it was first reviewed and approved by the company’s design team,” Trump said.

In requesting Trump’s testimony, Aquazzura’s lawyers cited public statements by Trump, including one in which she was quoted saying: “There’s not a shoe I’m not intimately involved in designing.”

“The purpose of the deposition is not for harassment, but because Ms. Trump possesses individual knowledge not only of what did or did not occur with regard to the shoes at issue, but of how she handles the supervision of her licensees generally, and what steps she takes to avoid licensees’ intentional copying,” the lawyers wrote.

In ruling, the judge said: “While that declaration does assert a lack of personal knowledge of the design at issue, plaintiff asserts otherwise. That is the stuff of which factual disputes in litigation are made.”

Aquazzura, in its lawsuit, said its shoe designs have “skyrocketed to fame in the fashion world” since the company was formed in 2011, with its shoes “coveted by fashionistas and celebrities alike.”

It said the Wild Thing is one of its best-selling shoes and is not the first to be copied by Trump’s company. According to the lawsuit, Trump’s company, which has been operating since 2010, stopped selling another shoe after Aquazzura complained that one of its shoes had been copied.