Alabama Councilman is Sick of Dealing With Crap; Horses Must Wear Diapers 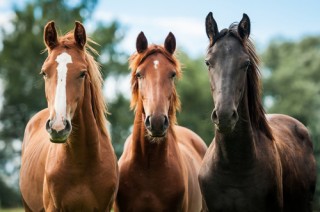 Selma, Alabama is cracking down on naked horses. A 2013 ordinance requires people who ride or walk the animals on city streets to outfit them with diapers, to cut down on messes. Unfortunately, people seem to be ignoring the rule, according to the Selma Times-Journal. Councilman Michael Johnson says he’s only seen one person with a diapered horse since the law went into effect.

Johnson hopes this issue stops coming up at council meetings. “I’m tired of it because there’s other things I could be doing than dealing with horses.”

John Brock, Selma’s chief of police, told the Times-Journal that officers will be stricter in enforcing the law, giving warnings for first offenses, and then citations for repeat violations.

There is a place in town to buy horse diapers, both men told the newspaper, so riders have no excuse not to keep their animals properly clothed.