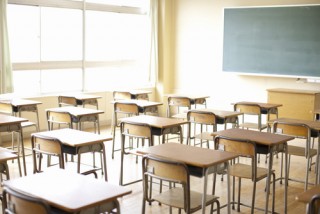 I guess the first step is admitting you have a problem. After having the highest rate of sex between teachers and students in 2014, Alabama lawmakers are considering a bill that would require their educators to take a course discouraging that sort of behavior, the New York Daily News reported. Did teachers not realize that sort of thing was frowned upon?

The bill states:  “An increasing number of incidents have been reported in recent years where educators have had inappropriate contact with students, both in person and through social media.” Terry Abbott, former chief of staff of the U.S. Department of Education, told the Daily News that more than half of these incidents start through social media. Abbott said the bill was an important first step towards curing an epidemic that affects not just Alabama, but the whole country.

Dick Brewbaker, chairman of Alabama’s Senate Education Policy Comm”ittee, told the Decatur Daily that he plans on voting against the bill, because the problem is “absurd,” and an insult to teachers. “We’re to the point where we have to tell teachers to keep their hands off of students?”

Apparently so, considering that at least one school worker was either arrested or convicted for sex with a student every week since the bill was proposed.