After Uber Gets Bad Press, Lyft Offers $1 Million so ACLU Can Fight Trump 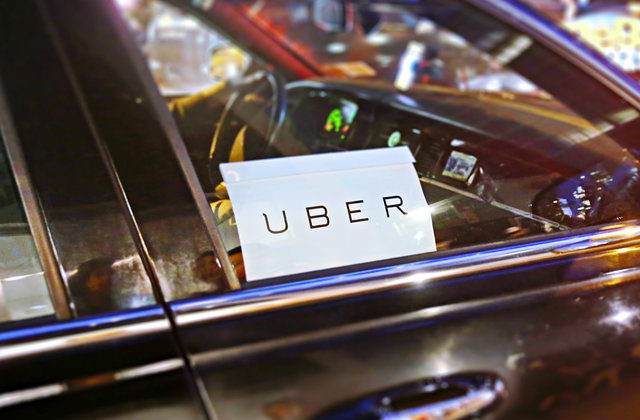 The ridesharing service Lyft has promised to donate $1 million over the next four years for the American Civil Liberties Union to fight President Donald Trump.

“This weekend, Trump closed the country’s borders to refugees, immigrants, and even documented residents from around the world based on their country of origin,” they said in a statement published Friday. “Banning people of a particular faith or creed, race or identity, sexuality or ethnicity, from entering the U.S. is antithetical to both Lyft’s and our nation’s core values. We stand firmly against these actions, and will not be silent on issues that threaten the values of our community.”

They aren’t shy about the donation either. CEO Logan Green announced it via Twitter.

This comes after competitor Uber got flak for allegedly profiting off the refugee ban. Trump signed an executive order on Friday which stops citizens of seven Muslim-majority nations from coming to the United States for 90 days, and blocks all refugees for 120 days (indefinitely in the case of Syria).

Two Iraqi men detained at New York’s JFK Airport sued via the American Civil Liberties Union, and they won a partial stay of the order on Saturday night. This got a lot of media attention, and attracted a lot of protesters. Even the local New York Taxi Workers Alliance protested the executive order, refusing to service JFK from 6pm to 7pm. Thing is, Uber raises prices when there’s a high demand for services, so some people thought they were profiting off the taxi union’s brief strike, and therefore, the executive order itself.

Surge pricing has been turned off at #JFK Airport. This may result in longer wait times. Please be patient.

And in response to the flak, the company’s NYC twitter page linked back to a statement from CEO Travis Kalanick.

Kalanick actually commented on the ban at 4:34 p.m. Saturday, shortly before the taxi union’s strike. He pointed out that he’s on an economic advisory board for the president, said his company is highly cognizant of any trouble the executive order causes. He said the policy hurts immigrant Uber drivers who go back home for extended breaks to see family.

“While every government has their own immigration controls, allowing people from all around the world to come here and make America their home has largely been the U.S.’s policy since its founding,” he said in a statement published Sunday. “That means this ban will impact many innocent people—an issue that I will raise this coming Friday when I go to Washington for President Trump’s first business advisory group meeting.”

He announced that they’ll be providing financial aid to drivers hurt by the ban for the next three months.

That might not be enough for some critics. “#DeleteUber” trended Sunday on Twitter. Customers opposed to the executive order started deleting their Uber apps, and promised stop using the service.

We’ve reached out to Uber for specific comment on the price surge as well as the #DeleteUber trend.