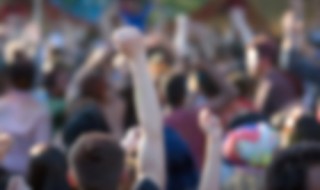 Student activists at Western Washington University have published a rather breathtaking list of demands aimed at the administration, including the power to hire and fire faculty. The student activists are part of the “Student Assembly for Power and Liberation,” whose aim is to combat the “systematic oppression embedded within our society.” In fact, the groups are springing up on campuses across the country.  These activists even go so far as to demand the ability to fire police officers who display what are called microagrressions. In case you don’t know what that means, microaggressions are described by social justice experts as “brief, everyday exchanges that send denigrating messages to certain individuals because of their group membership.” In other words, these students are really, really PC, and want the administration to comply with their demands.

Here are just a few on their very lengthy list

At the end of each demand, the student group puts a timeline for when the administration must comply. The activists call their movement the beginning of a ‘transformation.’ Western Washington University President Bruce Shepard fired back with an email lauding the ‘out of the box’ thinking but concerned that “this particular proposal could distract us from the real progress that is being made and that must continue.” Shepard was also worried that some of measures regarding disciplining faculty and students may actually break federal law and policy. Shepard also brought up the small detail that the student group failed to pinpoint a mechanism for funding some of the expensive projects.