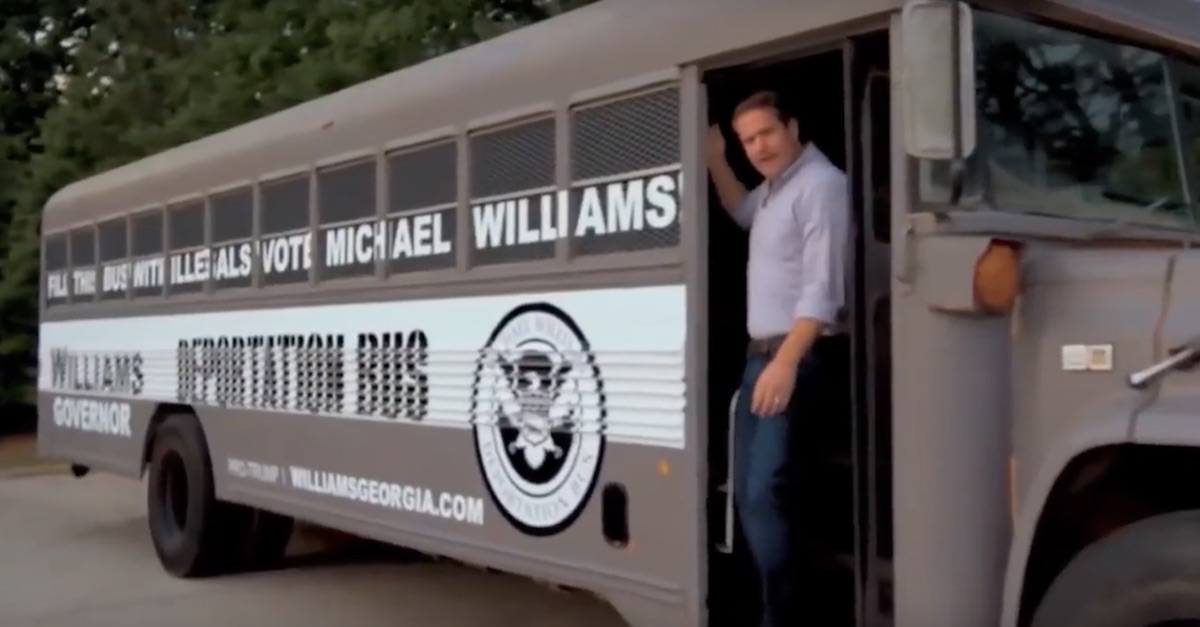 Georgia gubernatorial candidate Michael Williams is attempting to distinguish himself amongst GOP primary voters by dehumanizing undocumented immigrants with his “deportation bus.” Now Williams is no longer welcome at Cracker Barrel restaurants (or parking lots) in the Peach State.

Williams has been latching onto Cracker Barrel’s property and popularity in Georgia by parking right outside of their restaurants in, what the campaign terms, “each of Georgia’s dangerous sanctuary cities.”

The gray bus is adorned with sayings such as, “Fill this bus with illegals vote Michael Williams,” and “Murderers, rapists, kidnappers, child molestors [sic] and other criminals on board.”

The controversial anti-immigrant politician has also reiterated his campaign’s (apparently singular) gimmick in traditional advertisements. In one such video, he notes:

Per Williams’ campaign, his anti-immigrant bus tour has scheduled stops at multiple Georgia eateries–at least 10 of which are Cracker Barrels. The first announcement regarding the bus tour was made via press release on May 15. A scheduling change was announced on May 16 after Williams encountered a small number of peaceful protesters at one such stop.

We are not sponsoring this event or supporting Mr. Williams’ campaign stops in any way, and per our company policy, we will not allow him – or any political candidate—to host an event on Cracker Barrel’s property. We take pride in showing our communities and our country that the hospitality we practice is indeed welcoming and inclusive to all.