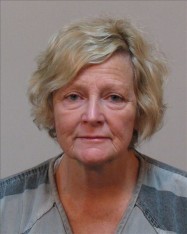 A Georgia teacher turned herself in to Tift County, Georgia authorities on Friday after school video cameras captured her allegedly  intentionally knock over a special needs student in the hallway earlier this month.

The teacher, identified as Amelia Stripling, 71, was charged with second degree cruelty to a child, according to the Tipton police.  The video shows Stripling approach the student and then she appears to intentionally bump into the student, knocking him to the ground.

According to a district spokesman, another teacher at the school reported the incident and the district then notified the Division of Family and Child Services as well as the police.  Stripling resigned the day after the incident, having taught in the district for 22 years.

Stripling was released from jail on Friday after posting $15,000 bail.

School official also told WTXL that the student was not injured in the incident.