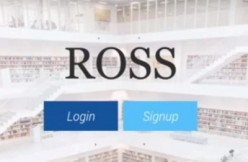 Clients at the law firm BakerHostetler will now be served by a computerized lawyer. Called ROSS, it’s designed to process normal speech, and give a sensible reply to questions. The bankruptcy team, comprised of almost 50 people, would use it to quickly power through time-consuming legal research, Fortune reports.

It’s kind of like a search engine, but meant to be smarter, providing the only most relevant answers to queries. ROSS also keeps tabs on any new court decisions that could affect a legal team’s case. The makers at ROSS Intelligence also promise that with use, it’d learn and adapt to its human team.

“At BakerHostetler, we believe that emerging technologies like cognitive computing and other forms of machine learning can help enhance the services we deliver to our clients,” said BakerHostetler CIO Bob Craig in a May 5 statement. “We are proud to team up with innovators like ROSS and we will continue to explore these cutting-edge technologies as they develop.”

Andrew Arruda, co-founder of the company that made ROSS, told Quartz that other law firms also want the digital legal mind. In an April talk at Vanderbilt University, he promised his program wouldn’t replace human lawyers since people can still “synthesize, analyze” in a way AI can’t.

ROSS is based on IBM’s Watson, which famously wrecked opponents in several Jeopardy appearances. Watson is now being used to fight cyber-crime, and improve patient care at hospitals.

Feel free to talk about our future robot overlords in the comment section.