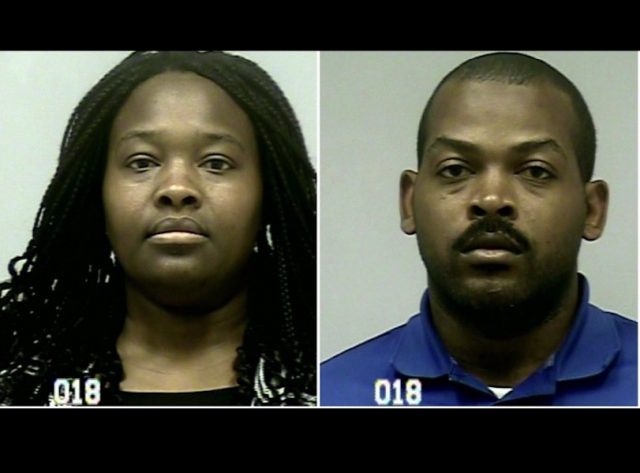 A jury found Recardo and Therian Wimbush guilty of three lesser child neglect charges in a tragic child abuse case out of Georgia, the Gwinnett Daily Post reported.   The two were accused of keeping their now 16-year-old in a dark basement for 18 straight months and preventing their younger son from obtaining proper medical care. They were acquitted on the more serious charges of child abuse in the first degree.

Recardo was reportedly a former star football player at Georgia Tech and what made the trial particularly unusual is the defendants decided to act as their own attorneys.  They were arrested in 2014. The 16-year-old son apparently told deputies he was kept in the basement for “disciplinary reasons.”  The children, 16 and 10, are now in foster care. Therian told the jury she never thought her younger son seemed ill.

Gwinnett County Assistant District Attorney Dan Mayfield told the jury during closing arguments that both the Wimbushes and their crimes were “evil” and he said the children, especially the older son, was in constant fear of his parents and shut off from the outside world.

The jury resumed deliberations at 9:00 AM EST on Friday and after a few questions to the judge, ultimately agreed on a unanimous verdict after about three hours of deliberations.  They spent 4 hours deliberating on Thursday.

The jurors verdict essentially means they are quilty of locking their oldest child in a small basement for two years and they were found to have committed neglect against the younger child who had a cancerous tumor growing on his body.

However, jurors did not find the parent’a abuse was “malicious,” so they were not found guilty of first degree charges.