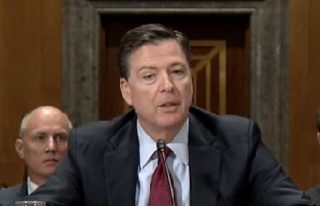 The Senate Committee on Homeland Security and Governmental Affairs conducted a hearing on Tuesday, where they heard testimony from FBI Director James Comey, Secretary of Homeland Security Jeh Johnson, and Director of the National Counterterrorism Center Nicholas Rasmussen.

During the hearing, which touched on issues including ISIS and domestic terror, Comey was asked about the immunity deal that the FBI granted Hillary Clinton‘s former chief of staff Cheryl Mills in connection with their investigation of Clinton’s private email server. Comey explained that the deal was specific to Mills’ laptop, and not a broader immunity deal. He said that the FBI needed to see the contents of the computer for their investigation, and that Mills’ attorney asked that it not be used against her, so they agreed.

Comey was asked why the FBI couldn’t simply issue a subpoena for the laptop. He explained that because Mills is an attorney, the issue of potentially privileged materials on the computer would have made the subpoena process difficult and time consuming. Comey added that the FBI did not have any evidence that Mills committed a crime. He also reiterated his position on Clinton, saying, “I still think that no reasonable prosecutor would try to bring this case.”