Trump Says He Hasn’t Been Sued Very Often, Except We Found 138 Cases in Federal Court Alone 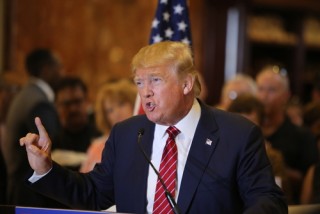 Editor’s Note: This article was first published on February 16, 2016.

Donald Trump has been named in at least 169 federal lawsuits, according to a LawNewz.com investigation. In about 138 of the cases, he is named as a defendant. They read like a history of  Trump’s business failures, successes, and bombastic personality. With Trump threatening a lawsuit against Ted Cruz, his surge in the polls, and his big win in New Hampshire, we thought now was as good a time as any to review of some of the Donald’s legal skirmishes. The federal lawsuits that we reviewed date back to 1983 and involve everything from business disputes, antitrust claims and, more recently, accusations that Trump’s campaign statements are discriminatory against minorities. Some of the cases have been resolved, some were dismissed as frivolous, and others were privately settled. He’s been sued by celebrities, personal assistants, prisoners, people in mental hospitals, unions, and wealthy businessmen. Of course, Donald Trump has also done his fair share of suing as well.  The lawsuits on both sides provide a unique glimpse into some of the biggest battles involving the presidential candidate.  Just a note, the cases listed below only include those filed in U.S. federal court. Who knows how many others were filed in state courts around the country.

Here are some highlights in chronological order:

From inmates to millionaires, Donald Trump has become a familiar name on courtroom dockets and his legal battles will almost certainly continue so LawNewz will review any new lawsuits filed, or missed, and dutifully add them to our list.