Trump’s Margin of Victory in PA Now Within 0.2% of Automatic Recount 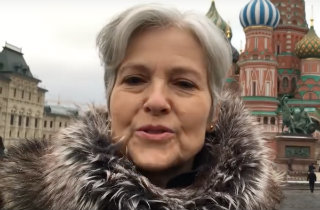 On Friday, in response to President Elect Donald Trump’s application to stop the recounts in Pennsylvania, Green Party candidate and recount catalyst Jill Stein issued a statement where she noted that Trump’s margin of victory is now within 0.2% of an automatic recount. Stein cited this tweet from pollsters Decision Desk HQ for her figures:

The same statement also referred to Trump’s efforts to stop the recount as “frivolous” and contained this quote from David Cobb, Stein’s campaign manager:

In the application to stop the recount, filed late Thursday, attorneys for Trump and others filing on his behalf are using the same basic argument as in other states, that Stein, having no real chance at success herself with a recount (she never said she did), is just wasting the state’s time. “Despite being no more than a blip on the electoral radar, Stein has now commandeered Pennsylvania’s electoral process, with an eye toward doing the same to the Electoral College,” the application says. Later, Stein’s efforts are referred to as an “electoral farce,” as well.

As noted by LawNewz’s own Ronn Blitzer on Election Night, according to Pennsylvania state law, a recount  will take place if “[a] candidate for a public office which appears on the ballot in every election district in this Commonwealth was defeated by one-half of a percent or less of the votes cast for the office.” In that event, the Pennsylvania Secretary of State would “order a recount and recanvass to all county boards” that would have to start by the third Wednesday following the day of the election” and would have to end “by noon on the following Tuesday.”

For her part, Stein also tweeted this just before she released the statement:

This article was updated at 3:19 p.m. ET to include more details on Pennsylvania recount law.