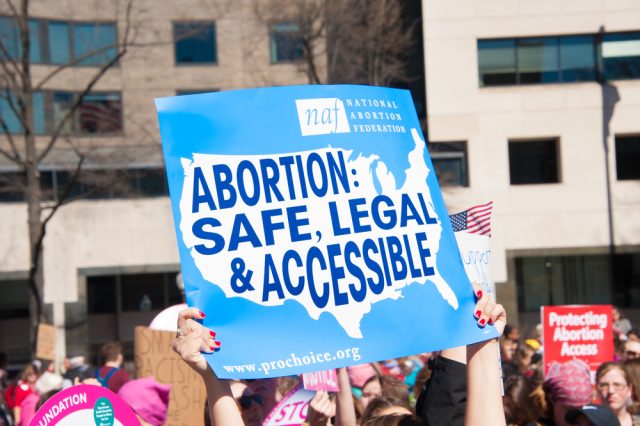 In the days following the horrific shooting in Law Vegas, I’ve tried my best to keep a non-partisan attitude about the whole thing. As tone-deaf as the whole “thoughts and prayers” thing feels, I have no doubt that a great many well-intentioned conservatives really are sincerely thinking of and praying for those affected. And it’s just those conservatives who make a valid (even if only partially-relevant) point that gun-control laws will not be an instant panacea for mass violence. Above all, though, as an attorney, I always hear the debate through the filter of the law that underlies it. That means putting aside my visceral wish that all guns would simply evaporate in favor of seeking solutions that work within the context of the Heller case — the Supreme Court precedent that declared personal handgun ownership to be a right that falls squarely under the Second Amendment.

It is right there, in my own personal willingness to accept a rule with which I disagree, that my rage against the GOP lives. Even as Republican politicians continue to ram Heller down the throats of grieving families and concerned citizens, they refuse to give the same deference to precedent with which they disagree. What’s worse is that their self-centered willful blindness isn’t even borne of an emotional response to a sweeping tragedy – but of ignorance, bad science, and outright hypocrisy.

Yesterday, the House passed the Pain-Capable Unborn Child Protection Act (“the Act”), a bill making it a federal crime to “perform or attempt to perform an abortion if the probable post-fertilization age of the fetus is 20 weeks or more.” Violators of the Act would face up to five years in prison.  The bill stops short of penalizing a woman who might seek such an abortion, and provides the usual exceptions for abortions necessary to save the life of the pregnant woman, and abortions when the pregnancy is the result of rape or incest. The bill will now make its way to the Senate, where it was last blocked in 2015. To pass in the Senate, the bill requires an unlikely 60 votes before it heads to President Trump’s desk for a guaranteed signature.

The fact that the bill probably won’t pass is certainly a consolation, but the fact that it was even drafted speaks volumes about the current GOP and its incessantly Machiavellian moves to swindle votes out of good people they can frighten with tales of dead babies, evil doctors, and the sluts who are to blame for it all. Conservatives, you guys need to pay attention here, because this isn’t about whether life starts at conception, or whether there is a moral responsibility to protect the unborn. This is about bad lawmaking.

Look, I know lots of people hate Roe v. Wade. And that’s really too bad, because in that case, SCOTUS took a very difficult issue and made a complex, but ultimately wise decision to create a sliding-scale rule for abortion laws. Early in pregnancy, a woman’s right to reproductive freedom is paramount, while later, the right of a viable unborn child takes precedence. It’s a well-intentioned and well-reasoned rule. And the Act just plain ignores it. I’m pretty sure conservatives wouldn’t be okay with anyone introducing a federal law that suggests we pretend Heller never happened, so someone in their own ranks should be calling bullshit on this move.

#2 The Act Isn’t Even Based on Actual Science

Let’s be honest. The entire concept of this Act is to shock people into thinking they’d be uncivilized to vote against it. According to the language of the bill, “there is substantial medical evidence that an unborn child is capable of experiencing pain at least by 20 weeks after fertilization, if not earlier.”

That sure sounds bad, but we really shouldn’t be in the business of making laws to correct things that sound bad. We should probably go ahead and make sure that if we’re basing things on science, that the science is real. If we’re talking about fetal pain, the scientific community isn’t convinced: “there’s actually conclusive evidence that shows that the neurologic structures in a fetus aren’t completely laid down and working yet until much further along in pregnancy, we think even the third trimester,” said Jennifer Conti, a clinical assistant professor and OB-GYN at Stanford University and a fellow with Physicians for Reproductive Health. Twenty weeks, she said, “is just an arbitrary limit set in place by politicians that has no medical or scientific backing.”

Studies of fetal pain aren’t a new thing, either. A comprehensive review was published in the Journal of the American Medical Association in 2005, which concluded that pain responses develop between 23 and 30 weeks’ gestation. In 2015, Mark S. DeFrancesco on behalf of the American Congress of Obstetricians and Gynecologists wrote the 2005 study still holds true and that “no research since its publication has contradicted its findings.”

I’m no expert on fetal medicine, but if the AMA and ACOG think this bill is based on junk science, I’m inclined to be a little wary. I’d like to think that conservative voters are at least marginally interested in the extent to which their politicians are ignoring respected experts and simply making up facts to suit their ends.

First, we have Rep. Tim Murphy, a Pennsylvania Republican who sponsored this bill. Guess what he did? He had an extramarital affair with Shannon Edwards, a forensic psychologist and personal friend of the Congressman. Cheaters can certainly still be sincerely pro-life, of course, but here’s the whopper: it looks a lot like Congressman Murphy urged his girlfriend to abort his unborn child. According to text messages that have been reported between Edwards and Murphy, there was the following exchange:

EDWARDS: “And you have zero issue posting your pro-life stance all over the place when you had no issue asking me to abort our unborn child just last week when we thought that was one of the options.”

REPLY FROM MURPHY’S PHONE NUMBER: “I get what you say about my March for life messages. I’ve never written them. Staff does them. I read them and winced. I told staff don’t write any more. I will.”

So that’s kind of gross. But in my book, grosser still is the hypocrisy in the language of the bill itself. Remember that whole “rape and incest” exception? Can we discuss for a minute how little sense that makes? If the concept of this bill is to protect 20-week fetuses from pain, why wouldn’t we want to protect all 20-week fetuses from pain? Here’s the thing about legislating. When it’s done correctly, the drafters isolate a goal and then write a law that attempts to accomplish that goal. The finished product should be broad enough to accomplish the goal without being so broad that it causes unwanted fallout. In this case, if this Act were actually aiming to protect 20-week fetuses, it shouldn’t be sectioning out those fetuses into the ones that deserve protection and the ones that don’t.

Conservatives, here’s a little pro-tip from liberal insiders: we can smell your insincerity a mile away. When you draft a bill that is inherently contradictory, we notice. When you live your life in a way diametrically opposed to the nonsense you spout, we notice. Zip it up and take it back to committee.