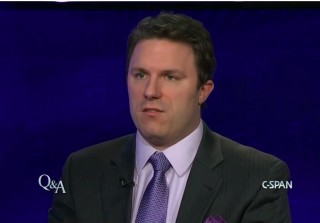 Wow, just wow. Apparently people still think this way. Georgetown University Professor Jason Brennan wrote an opinion article in The Los Angeles Times advocating for a system which would basically require voters to pass a knowledge test.  I guess we shouldn’t be too surprised considering his recent book is called Against Democracy.  The good professor is pushing for what he calls an “epistocracy.”

I will let him explain it:

Epistocracy comes in many forms. An epistocracy might give everyone one vote, then grant extra votes to citizens who pass a test of basic political knowledge (such as the citizenship exam). Or it might grant the right to vote only to citizens who pass such a test.  Or it might instead hold an “enfranchisement lottery”: Immediately before an election, choose 10,000 citizens at random, and then those citizens, and only those, are permitted to vote, but only if they first complete a competence-building exercise.

Brennan says we could perhaps even save money and use voting knowledge tests that are already out there like the American Citizenship Exam!  Extra votes for smart people who happen to be white and wealthy. Sound familiar? Like when we used to have literacy tests which were intentionally administered to exclude minorities in the . Ah, but the professor has an answer for that:

In our society, advantaged people are more knowledgeable, and advantaged people are more likely to be old and white than young and brown. Epistocracy could therefore take us back to the bad old days when middle-aged white professionals had more sway at the ballot box than everyone else. But at least some versions of epistocracy — such as the enfranchisement lottery or simulated oracle — avoid this problem.

To watch more from the Professor via C-SPAN:

In a blog post after the Brexit vote, Brennan said with the rise of angry, nationalist, xenophobic, racist movements that are made up of “low-information voters”, that it might just be time, to well, get rid of Democracy.