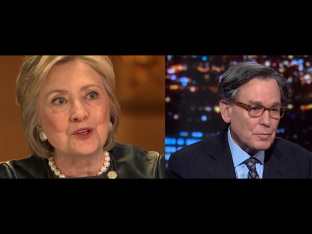 It started in June 2015 after it was discovered that Clinton confidant Sidney Blumenthal turned over additional emails to the Benghazi Select Committee that were not included in the 55,000 Clinton turned over to the State Department.  When the Clinton campaign officials received word from the State Department about the discrepancy, they seemed to scramble to figure out how to get ahead of the story.

“All – In preparation for the possibility that the State Department may acknowledge as soon as [June 24, 2015] that there were 16 Sid emails missing from the 55k pages of material produced by HRC, I wanted to circulate the below draft plan for responding to the inquiries that Nick will get,” Clinton campaign aide Brian Fallon wrote.

A few hours later, another Clinton campaign aide, Nick Merrill, circulated a follow up email that states, in relevant part:

Just spoke to State a little more about this. A few updates.

The plan at the moment is for them to do this tomorrow, first thing in the morning.

They do not plan to release anything publicly, so no posting online or anything public-facing, just to the committee. That said, they are considering placing a story with a friendly at the AP (Matt Lee or Bradley Klapper), that would lay this out before the majority on the committee has a chance to realize what they have and distort it.

On that last piece, we think it would make sense to work with State and the AP to deploy the below. So assuming everyone is in agreement we’ll proceed. It would be good to frame this a little, and frankly to have it break tomorrow when we’ll likely be close to or in the midst of a SCOTUS decision taking over the news hyenas.

The next day, June 25, 2015, Associated Press writers Bradley Klapper and Matt Lee published a story on the Blumenthal emails.

LawNewz.com reached out to the State Department, but deputy spokesman Mark Turner simply repeated comments his agency provided earlier this week, saying, “[T]he Department maintains respectful contact with its former Secretaries of State . . . as a courtesy.”  He also explained that the contact “does not impact or change Department decisions as to when and in what form documents are released.”

The emails, however, add fuel to the argument that the State Department took an active role in helping insulate the Clinton campaign from the potential political fallout over the email disclosures.