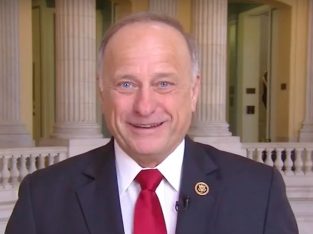 Republican Congressman Steve King of Iowa introduced legislation on Tuesday that apparently attempts to prohibit the Supreme Court from citing its Obamacare decisions in future opinions.

The bill list the names of major lawsuits the Affordable Care Act has faced at the Supreme Court and bars them “from citation for the purpose of precedence in all future cases.”

The itself bill states:

Under Article 3, Section 2, which allows Congress to provide exceptions and regulations for Supreme Court consideration of cases and controversies, the following cases are barred from citation for the purpose of precedence in all future cases after enactment:

Prof. Rick Hasen from the University of California-Irvine School of Law tells LawNewz.com that he “cannot imagine that such a bill is constitutional as it infringes on the powers of the judiciary.”  By that he means, “It presents a classic separation of powers problem, telling another branch of government how to do its job.”

Hasen even questioned whether it was serious proposal, rather he expects “it did get Rep. King some attention, which was probably the point.”

Prof. Eugene Volokh, who runs the Washington Post‘s legal blog, Volokh Conspiracy blog, and teaches at the UCLA School of Law, agreed that the bill was likely unconstitutional.

“Congress can’t prescribe a rule of decision for courts (except by changing the law on which the decision was based), see United States v. Klein, 80 U.S. 128 (1871),” he explained.   “Likewise, Congress can’t try to strip precedents of their precedential value (again, except by actually changing the law on which the precedents were based). Article III, section 2 gives Congress the power to limit courts’ jurisdiction, but not the power to constrain the courts’ reasoning.”

On top of that, it’s surprising to me that Rep. King would want to limit citation of Burwell v. Hobby Lobby Stores, which was an important victory for religious objectors to the ACA. Congress could, if it wanted to, reverse that holding, just by amending RFRA (since the Hobby Lobby holding was just a statutory holding). But I assume Congressional Republicans wouldn’t want to do that, no? And if I’m right, why would they want to limit Hobby Lobby’s precedential force?

In light of the professor’s remarks, we reached out to Congressman King’s office for further explanation of his intention behind the bill. We will update this story when we hear back.