Petition to Declare George Soros a Terrorist is One of Most Popular on WhiteHouse.gov 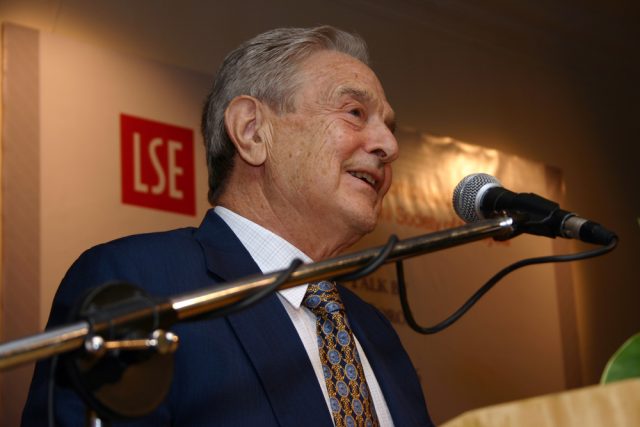 According to the Whitehouse.gov website, a petition to declare George Soros a terrorist and seize all of his related organizations’ assets under RICO and NDAA law” is one of the most popular White House petitions. It is ranked number 12, pulling in about 60,000 signatures since it was created just 10 days ago.

The petition written by “E.B” doesn’t mince any words:

Thee DOJ should immediately declare George Soros and all of his organizations and staff members to be domestic terrorists, and have all of his personal an organizational wealth and assets seized under Civil Asset Forfeiture law.

“We the People” White House petitions were started in 2011 under President Barack Obama as a way to give citizens more direct interaction with the executive branch.  When petitions meet 100,00 signatures, they are reviewed by White House officials, who then may give some sort of official response.

Soros is a billionaire businessman who has supported many liberal causes including MoveOn.org and Center for American Progress.

The most popular petition on the Whitehouse.gov website demands that President Donald Trump turn over his tax returns.

“The unprecedented economic conflicts of this administration need to be visible to the American people, including any pertinent documentation which can reveal the foreign influences and financial interests which may put Donald Trump in conflict with the emoluments clause of the Constitution,” the petition reads.

That has more than 1 million signatures so far. It doesn’t appear that the White House has responded yet.