Maxine Waters is Right, Impeachment IS Whatever Congress Says It Is 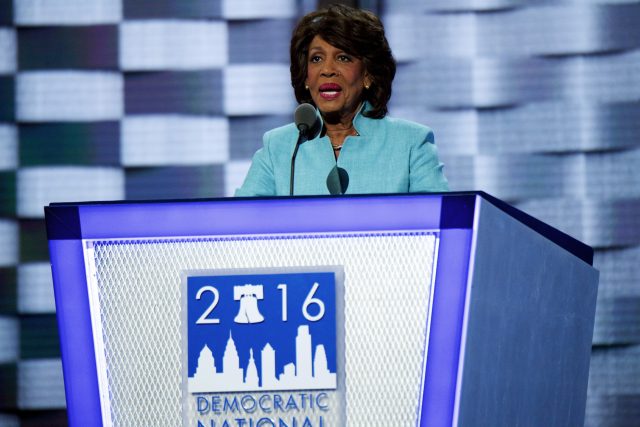 Well, it sure seems like Rep. Maxine Waters (D-Calif.) is brushing up on her Constitutional law. Yesterday, Waters spoke at a Congressional Black Caucus Town Hall on Civil Rights, and she used her time to full-on demand help with impeaching Donald Trump. Specifically, she said:

“Impeachment is about whatever the Congress says it is. There is no law that dictates impeachment. What the Constitution says is ‘high crimes and misdemeanors,’ and we define that.”

Waters, never a stranger to haters, predictably set Twitter on fire with her statements:

Maxine Waters is wrong you can’t impeach a President because you don’t like him. Maxine maybe you should read the constitution.

#AskWatters just because mad Maxine Waters is black and a woman, does that give her a right to THINK she can impeach POTUS?

I get it. For those who’ve not really looked into the law surrounding impeachment, Waters’ statements may sound a little suspect. I mean a truly impeachable offense can’t really be “whatever the Congress says it is,” right?

Well, sorry Waters-haters. The Representative from California is correct, at least according to quite a few well-respected Constitutional scholars. Harvard Law Professor Noah Feldman, for example, has offered a take on impeachment that mirrors Maxine Waters’. According to Professor Feldman, “high” is meant to modify both the word “crimes” and the word “misdemeanors,” and does not (as is often assumed), relate to the seriousness of an offense – but rather to the nature of the offense. “High,” back in the time of the Constitution’s drafting, meant “governmental” or “official,” as opposed to “personal” or “private.” Furthermore, “crimes and misdemeanors” does not mean violation of actual criminal statutes. Instead, this was an artful phrase meaning any action “performed in an official capacity by a government official that violates the basic principles of government.”

Professor Feldman’s thesis isn’t the product of Trump-hating interpretative fluidity, either. He’s a James Madison scholar, who has done extensive research about the controversial drafting of the impeachment language back during the Constitutional Convention. The first draft contained the word “maladministration” (18th century for “just doing a general crappy job”) to describe the grounds for impeachment. Madison called that out for being too vague and setting every president up for impeachment. So the group agreed on “high crimes and misdemeanors,” — a phrase broad enough to mean something, but specific enough not to mean everything.

The framers, as we all know, were hell-bent on making sure that the American president could not become tyrannical; a key facet to their planning was to give Congress the final word on whether the chief executive was carrying out his responsibilities with the requisite dignity befitting the office. Such an concept of impeachment may provide us significant discomfort in that it varies so profoundly from the criminal justice system, but that’s precisely the point. Impeachment is inherently a political process, not a criminal one.  The numbers required for impeachment and conviction ensure that the process isn’t likely to oust a president who is merely unpopular; supermajorities aren’t easy to come by, and are inherent guards against arbitrary or capricious actions.

Let’s remember that elections are not –and were never meant to be – sentences for the American people. We as a democracy should not be forced to endure a presidency that is proving to be malignant simply because an election preceded it. Whether Congress should impeach President Trump is a complex question; while I’m with Maxine, and would vote a resounding “yes,” that’s absolutely something on which reasonable minds could disagree. Impeachment is a painful ordeal for the entire country, and should never be undertaken lightly. However, the question of whether Congress could impeach 45 is far less uncertain. If Congress wishes to hold this president accountable for his approach to government, it can and should do so. Impeachment may well be the only way in which we as a people can reclaim our government. And as we’ve already seen, if anyone knows how to reclaim, it’s Maxine Waters.