Jared Kushner’s Security Clearance Better Be Revoked, and Here’s Why 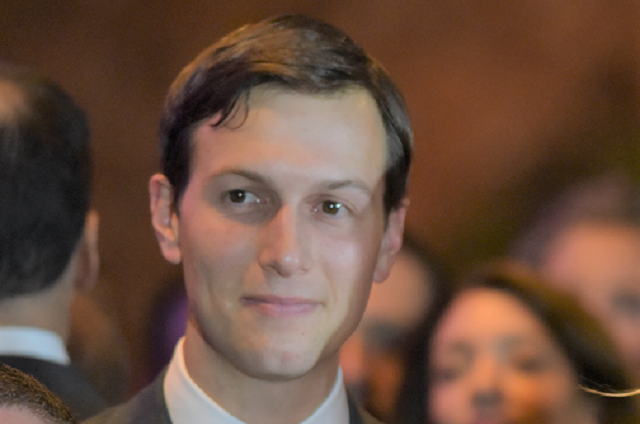 Ah, it seems like just last summer when “security clearance” was a Democratic problem. Now, House Dems are speaking up about some stuff that goes way beyond being “extremely careless.” Hillary Clinton has got to be sitting back, watching cable news, and laughing herself to sleep.

Yesterday, 40+ Democratic members of the House of Representatives sent the following letter to White House Chief of Staff Reince Preibus:

2017-06-21. Dem Members to White House COS Re. Flynn Kushner Clearances-2 by LawNewz on Scribd

The letter raises “serious concerns” over the security clearances held by Jared Kushner, Michael Flynn, and “other White House Officials.” Those clearances, according to the letter (as under all principles of basic common sense), should have been suspended while allegations against these individuals were under investigation.  The letter specifically bases its contentions on Executive Order 12968 – issued in 1995 by President Bill Clinton.  That EO set out a number of requirements for eligibility for and review of security clearance, as well as specific guidance for different categories of clearance-holders.

Security clearances can be a complex matter; outright revocation of a clearance would trigger administrative law rights for the clearance holder. But despite the undeniable discretion the White House would have had here, it’s pretty odd that it chose to do nothing in response to the investigations of Kushner and Flynn.

This morning, I had the opportunity to speak with national security law expert Bradley Moss, who explained:

“For Kushner, suspension of his clearance is a valid consideration. If a rank-and-file official had failed to properly report on their SF86 contacts with foreign government officials, it would be reasonable to expect that security would suspend that person’s access until an investigation into the contacts and the reason why the person failed to report them had concluded. It is by no means required or mandatory, as there is considerable discretion built into the process, but it is more likely than not that would occur.”

The House letter makes a solid argument. It lays out the timeline whereby Acting Attorney General Sally Yates testified that Michael Flynn had lied to White House Officials. It goes on to remind everyone about Yates’ testimony regarding a rather disturbing conversation she had with White House Counsel Don McGahn, in which McGahn asked Yates, “why does it matter to DOJ if one White House official lies to another White House official?”

The letter goes on to make a not-so-subtle point that the White House’s response (well, really its lack of response) to Yates’ testimony was absurd. “Obviously, trustworthiness is key,” it read, and noted that Flynn’s false statements raised “obvious concerns” which should have triggered an immediate suspension of clearances. And it told the tale of what actually happened. Trump opened his mouth and out came a bunch of nonsense that no one was buying:

“Instead the President stated during a nationally televised interview on May 11, 2017, that the White House Counsel, after receiving these warnings from the Acting Attorney General ‘came back to me and did not sound like an emergency.’” He also questioned the motives of Acting Attorney General Yates, stating, ‘I believe that it would be very unfair to hear from somebody who we don’t even know and immediately run out and fire a general.’”

Artfully drafted, the letter didn’t spell out the other thing that was “obvious” – that no one was complaining that Flynn hadn’t been instantaneously fired – just that his clearance be suspended pending an investigation.

The letter then goes on to raise many “parallel concerns” with Jared Kushner’s undisclosed contact with Russians, summarizing:

“Mr. Kushner failed to correct any of these omissions or the misleading impression they left on the American public.”

But the real zinger is nestled toward the end, right before the extensive request for documents:

“We do not know who at the White House—other than General Flynn—knew about Kushner’s multiple contacts with Russian officials before they became public. It would be gravely concerning if Mr. Spicer, Ms. Hicks, Ms. Sanders, or President Trump were aware of Mr. Kushner’s Russian contacts when they made their misleading statements. “

I can almost see the exchange going full Colonel Jessup:

“Is there any other kind?”

Of course, the real question is, “what will happen now?”

Well, what had better happen now is that Kushner’s security clearance be suspended (Flynn’s clearance was already suspended back in February). The letter should trigger an immediate suspension. And I don’t say that in the conclusive Kushner-is-obviously-being-blackmailed-by-Putin way. I say it purely as a function of standard operating procedure for security clearances. When someone is under investigation, we temporarily suspend the clearance until the investigation resolves. Any other response would leave Hillary Clinton’s e-mail servers so buried in the dust that we’d have to come up with new words, because “extremely careless” would hardly cut it.

I spoke today with John Snedden, former NCIS Special Agent, who clarified that the responsibility lies not only with supervisory personnel, but also with Kushner himself.  “As soon as the cognizant security officer (facility or program) was made aware of any allegations, that information should have been immediately communicated to the granting authority,” Snedden began, “the holder of the clearance is also required to disclose anything that could potentially impact their access by notifying their cognizant security officer. Both [Flynn and Kushner] should have received pertinent travel briefings before their departure and should have been debriefed upon their return.”

It’s unclear what price is to be paid and by whom for a should-be suspended security clearance, but Clinton’s 1995 Executive Order did foreshadow some remedies:

Employees shall be subject to appropriate sanctions if they knowingly and willfully grant eligibility for, or allow access to, classified information in violation of this order or its implementing regulations. Sanctions may include reprimand, suspension without pay, removal, and other actions in accordance with applicable law and agency regulations.”

The Trump White House is packed with virtuosi in the art of deflecting blame; we’ll have to wait and see whether a new scapegoat emerges to shoulder any sanctions that may arise.