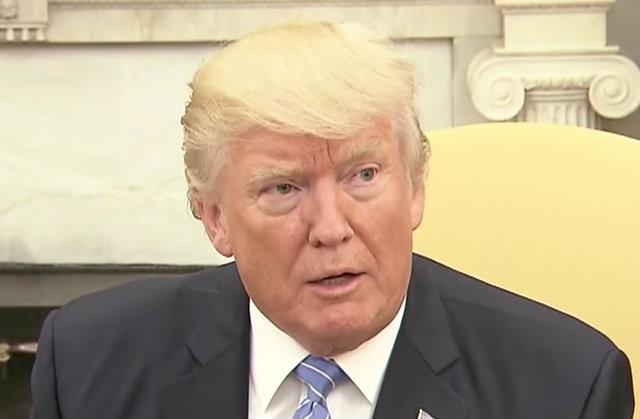 Two nonprofits have sued the Trump administration for, among other things, using leaker Edward Snowden‘s private messenger of choice to keep communications from prying eyes. Their lawsuit, filed Tuesday in a Washington D.C. federal court, says the President Donald Trump and his office violated the Presidential Records Act, the Declaratory Judgement Act, and the Constitution itself by apparently failing to preserve internal communications for public access.

“Not only the Plaintiffs, but the American public, will lose vital information and insight about presidential policies and decision making, which are required to interpret and prevent illegal or unwise government action,” the complaint, filed by Citizens for Responsibility and Ethics in Washington (CREW) and the National Security Archive, reads.

They argue that the deletion of @realDonaldTrump’s tweets, and the administration’s use of confidential messaging applications, Signal and Confide, break federal law because communications aren’t preserved.

“Signal also has a disappearing message function that allows the user to set a timer to delete the message from all devices,” they write.

National security and tech buffs will already know both programs. Signal has got some attention by having a pretty big fan in Snowden, an intelligence contractor who leaked information from the National Security Agency.

He is not shy about showing he love for the private messaging app, and will recommend it to anyone who asks.

I use Signal every day. #notesforFBI (Spoiler: they already know) https://t.co/KNy0xppsN0

Organize. Compartmentalize to limit compromise. Encrypt everything, from calls to texts (use Signal as a first step) https://t.co/f28KscdfM7

Use Tor. Use Signal. https://t.co/VLvBsbVHKs

The man loves him some Signal.

As for the lawsuit, CREW and the National Security Archive want the president and his office to stop using the confidential messaging apps, and to stop using any methods of communications that destroy records before it is decided these should be preserved under federal law. LawNewz.com reached out to the White House press office for comment on the lawsuit.