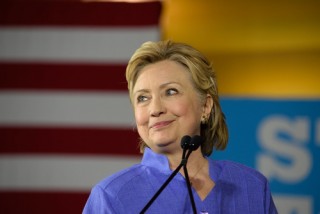 In a motion filed in federal court Friday to fight the deposition of presumptive Democratic nominee Hillary Clinton, her attorneys ripped into conservative watchdog group, Judicial Watch. Clinton’s attorneys don’t believe that it’s necessary that Clinton testify under oath about her emails. David Kendall, who represents Clinton on the email server issue, repeatedly asserts that Judicial Watch has mischaracterized and inaccurately represented the record in order to get what they want. Judicial Watch is attempting to depose Clinton under oath as part of a FOIA lawsuit. The group wants to determine if Clinton and her aides thwarted Freedom of Information Act requests for her emails.

Clinton’s attorney writes in his motion opposing her deposition:

Because it has no actual evidence of an intent to thwart FOIA, Judicial Watch flatly mis- represents the record and manufactures inconsistencies where none exist. [citation omitted]

Judicial Watch’s attorneys say that Clinton’s deposition is necessary to give the American people a clearer picture of what happened and to “complete the record.”

“To [Judicial Watch’s] knowledge, Secretary Clinton has never testified under oath why she created and used the clintonemail.com system to conduct official government business. Her only public statements on the issue are unsworn,” Judicial Watch wrote in a response brief.

U.S. District Court Judge Emmet G. Sullivan will hear arguments on Monday, July 18, 2016 regarding whether Clinton will be required to testify.