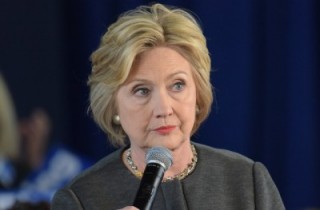 In a letter filed on Tuesday in federal court, the FBI said they plan to turn over relevant documents seized as part of their federal probe into former Secretary of State Hillary Clinton’s use of a private email server.  Some of those documents could ultimately become public as part of a Freedom of Information Act lawsuit filed by the conservative group, Judicial Watch. In the letter,  the FBI’s general counsel James A. Baker wrote “During the course of the investigation, the FBI obtained certain information that may include agency records of the Department of State. In accordance with our policies and procedures, the FBI will be providing this information to your Department for review and determination of record status to the Federal Records and subsequent FOIA processing as appropriate.”

Here is the letter:

This filing was part of a U.S. Department of State motion filed in federal court attempting to block the deposition of Hillary Clinton in the FOIA case. Judicial Watch wants to depose Clinton as part of their lawsuit seeking to figure out if Clinton and her aides tried to thwart Freedom of Information Act requests by using a private email server. The U.S. State Department said that Judicial Watch should be satisfied with the six Clinton aides who have been already deposed including Huma Abedin, and Cheryl Mills, and that more depositions are not needed — especially from Hillary Clinton. They said “there is no evidence that the State Department or former Secretary Clinton used clintonemail.com to thwart FOIA.”