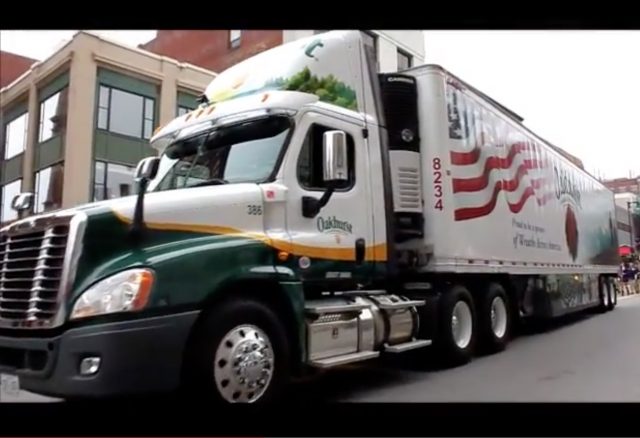 A recent federal appeals court ruling in a case involving potentially millions of dollars in overtime pay to a local dairy company’s delivery drivers came down to the lack of a comma in a statute.  A three-judge panel on the First Circuit Court of Appeals determined the lack of a comma in a Maine state statute made it ambiguous and therefore the company was not entitled to summary judgment on the issue of whether it is required to pay overtime to its delivery truck drivers.

The case in question involves a dispute between the Oakhurst Dairy and its delivery drivers over whether the company is required to provide them with overtime pay, pursuant to Maine law.  In making its determination, the court was required to interpret the meaning of 26 M.R.S.A. § 664(3)(F), a Maine state statute that provides certain categories of employees are exempt from overtime pay requirement.   The statute states:

(2) Meat and fish products; and

The company argues that its driver’s are clearly involved in the the “distribution of” its merchandise, which is considered to be a “perishable food” under the statute.  Therefore, the company argues, they are exempt from receiving overtime pay.  The drivers, on the other hand, argue that the lack of a comma in the statute before “or” requires that the statute should be read to only apply to those employees involved in the “packing” of perishable foods, whether for “distribution” or “shipment.”  Therefore, the drivers argue, they are not covered by the exemption and are entitled to receive overtime pay.

A federal district court judge previously ruled in favor of the company after finding that the statute unambiguously intends to include employees involved in just the “distribution” of “perishable goods.”

However, the appellate court found that such a reading of the statute was inappropriate because the lack of a comma led to ambiguity as to the meaning of “packing for shipment or distribution.”  Therefore, the appellate court found in favor of the drivers because Maine law requires the court to resolve any ambiguity in statutory interpretation in favor of a more liberal meaning that would extend the coverage of overtime pay to more employees.

“[I]f that exemption used a serial comma to mark off the last of the activities that it lists, then the exemption would clearly encompass an activity that the drivers perform,” the appellate opinion states.  “And, in that event, the drivers would plainly fall within the exemption and thus outside the overtime law’s protection.

“But, as it happens, there is no serial comma to be found in the exemption’s list of activities . . . [so] we conclude that the exemption’s scope is actually not so clear in this regard. And because, under Maine law, ambiguities in the state’s wage and hour laws must be construed liberally in order to accomplish their remedial purpose, we adopt the drivers’ narrower reading of the exemption.”

Isn’t this just the type of case that makes one eager to go spend tens of thousands of dollars to put themselves through law school . . . or not.