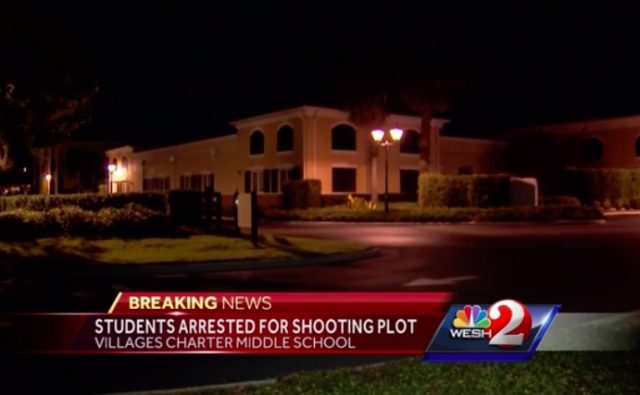 THE VILLAGES, Fla. (AP) — Authorities say two students who were plotting a Columbine-style attack at a central Florida middle school have been arrested.

Sumter County Sheriff’s officials said in a news release that the boys, ages 13 and 14, planned the attack at The Villages Charter Middle School for Friday.

Deputies say rumors about a shooting began circulating Tuesday. The 13-year-old was questioned as he arrived at school Wednesday and told deputies he and another boy had talked about the plot. When the older boy was questioned, he mentioned the 1999 Columbine shooting that killed 12 students and a teacher at the Colorado high school.

Neither boy had weapons at school, but deputies say guns were found at their homes when they were arrested Thursday.

They’ve been charged with conspiracy to commit murder.