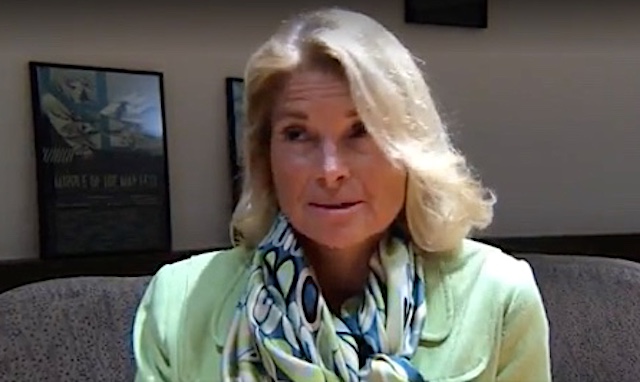 A woman running for U.S. Congress in suburban Kansas City is crying foul about due process and a lack of national support for her campaign after local reporters asked her about a twelve-year-old sexual harassment and retaliation lawsuit, the McClatchy Newspapers and the Kansas City Star report. The candidate, citing a subsequent lack of support from the Democratic Congressional Campaign Committee, has denied the allegations, but has also dropped out of the race.

Andrea Ramsey was working as an executive vice president of human resources for a company called LabOne in 2005, according to the Star. Back then, the company was sued by a man with whom she worked at LabOne, according to the Star, citing legal documents filed at the time. The lawsuit was dismissed in 2006, court records indicate. The Star says the suit was settled out of court after mediation.

Ramsey penned a letter, which the Star published, saying, in part, that she “had to make difficult business decisions on a daily basis concerning budgets, training initiatives, compensation and benefits, workforce hiring and workforce terminations.” She went on to say that terminations were difficult decisions, and that “[s]ometimes employees don’t take the decision well, and do things they wouldn’t otherwise do because they are angry in that moment, seeking to retaliate.” She defended herself by adding:

Twelve years ago, I eliminated an employee’s position. That man decided to bring a lawsuit against the company (not against me). He named me in the allegations, claiming I fired him because he refused to have sex with me. That is a lie. The Equal Employment Opportunity Commission investigated the allegations and decided not to pursue the complaint; the man later decided to voluntarily dismiss the lawsuit. Because I wasn’t a named party, I didn’t have any opportunity to participate in its resolution.

I have been swept up in decisions without due process . . . [h]ad the false allegations been brought against me directly, I would have fought to exonerate my name and my reputation. I would have sued the disgruntled, vindictive employee for defamation. Now, twelve years later this suit is being used to force me out of my race for Congress. Let me be clear:  I never engaged in any of the alleged behavior.

Ramsey concluded by saying she had “the clearest path” to defeat Kevin Yoder, the current Republican who holds the seat, she was seeking because of her “health care, legal and business background and deep ties” to the local community.

He said no. Nevertheless, she persisted. https://t.co/UQUIICX4K8

I CANNOT wait to hear what @SenGillibrand and @SenWarren have to say here. I want equal outrage! Grrrrrr! https://t.co/EFku6sg9ti