Fantasy Sports Are No Game of Skill, I Would Know I Served Time for Gambling 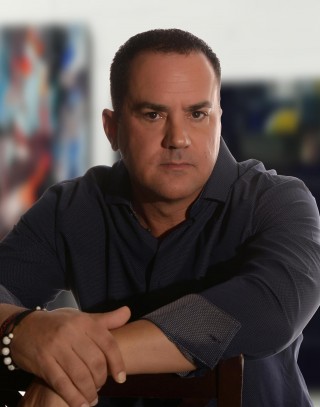 At the age of 24, Joseph N. Gagliano coordinated the ASU basketball point shaving scandal, still one of the largest scams in sports history.  He is the author of No Grey Areas (Rebel Publishing, 2016). He wrote this editorial for LawNewz.com

Whenever money or benefits can be had, especially when it is contingent upon individual performance, there is a solid chance that corruption is not too far away.  The days of “skill and chance” are long in the past.  With the way technology has embraced gambling, large paydays come at the blink of an eye.

I’m the poster child for this.  I picked neither skill nor chance in 1994. Instead, I elected to influence basketball players not to lose, but to win by a certain number of points.  I’ll admit, in those days it was easier to keep my betting patterns “under the radar.”  I did so by betting in increments of under $10,000 at a time so no one discovered my plan.  But that plan only lasted for a short time.

Easy money is a seductive creature, and greed seduced me to fix not just one, but four games. By the fourth game, there were too many people involved in my scheme that it caught the attention of the authorities and I ended up in federal prison. In today’s internet age, the speed of information makes it increasingly difficult to fly under the radar. Fixing a team sport is next to impossible. However, individual sports are much easier targets of choice.

In the past few years, websites like FanDuel and DraftKings have been skirting the legality of gambling by allowing fans to bet on a fantasy game. Technically, this can be categorized as an individual, statistical bet—open for corruption. Fantasy games are constructed with real players—but are not real games. Since there is no real game involved, this type of betting is perfectly legal in most areas. If it only sounds like a temporary loophole, take note, big money has gone into financing these operations. Both Comcast and NBC are investors in FanDuel. There is even a Fantasy Sports Trade Association lobbying and propping up this industry.

Imagine the possibility of corruption for a team’s training staff, assistant coaches, water boys, or even the errand kids picking up food for the players. When they overhear reports of injuries or uncover a specific team’s game plan, that knowledge creates an edge in the fantasy world. And that edge translates into money. Privileged information transforms a game of sport, into a pile of corruption.  The intentions may have been good from the start, but the lure of easy money can make people compromise themselves fairly quickly.

The world of sports gambling is increasingly enveloped in a grey area. Gambling, by its very nature, is supposed to be a game of chance. Games of skill are what we bet on. When we create a fantasy game and bet on it, we create a grey area that is poised to be abused.

Are fantasy sports gambling or are they a game of skill?  I stated my opinion.  I should know, I’ve lived through the effects of that nightmare, and have had that label on me for the last 20 years now.