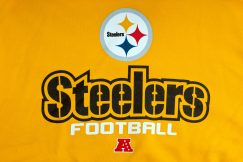 YORK, Pa. (AP) — A former Pittsburgh Steelers fullback has pleaded guilty to charges stemming from his second crash while driving under the influence of prescription drugs last year.

Forty-four-year-old Jon Witman was ordered to serve three days on house arrest as part of his six months’ probation sentence.

He was sentenced Wednesday after pleading guilty to driving under the influence in York County, where he lives.

Witman played for the Steelers from 1996 to 2001. He was taking a prescribed painkiller and muscle relaxer when he ran a stop sign and hit a tree in September. His wife called police and talked him into in-patient drug rehab at the Eisenhower Center in Manchester, Michigan.

Defense attorney Chris Ferro says Witman “asked for help and he got it.”