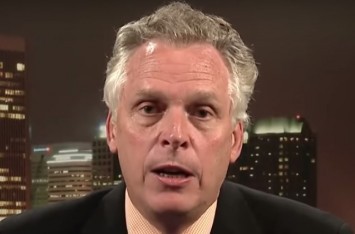 “The Governor is authorized to restore the voting rights of any convicted felon through an individualized grant of clemency, but he may not issue a blanket restoration of voting rights and thus effectively suspend the Commonwealth’s general prohibition on felon voting,” the lawsuit states, according to the Daily Press.

“We simply cannot ignore this unprecedented example of executive over-reach,” Speaker of the House Howell added during a conference call with reporters on Monday morning.

Given the state’s critical role in the upcoming election, some critics of the order have suggested McAuliffe issued it to help his longtime friend Hillary Clinton in November. However, McAuliffe rejected such claims back in April, stating he issued the order as a remedy for Virginia’s history of trying suppress the African-American vote.

Virginia was one of only four states that instituted a lifetime ban on voting for felons.