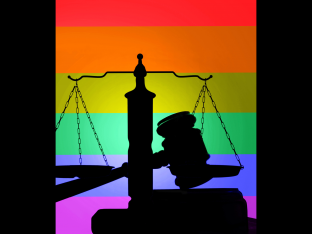 The study was overseen by Chicago-Kent College of Law professor Anthony Michael Kreis, who told The New York Times the differences may be the result of partisan primary elections where justices are more mindful of the party base.  This theory is arguably supported by other studies that have found judges are more likely to impose harsher sentences in serious criminal cases when they are facing re-election.

Professor Kreis also told the newspaper the variation in support for LGBT rights between elected justices and appointed is statistically significant.   So much so, in fact, the study claims it provides proof that “judicial elections undermine judges’ ability to perform their essential role as independent arbiters of the law.”  Therefore, the study argues it is time to do away with judicial elections:

“It is time to stop putting our rights—most especially our constitutional right to due process—at risk by continuing the practice of electing state judges,” the study says. “The damaging consequences resulting from the explosion of political and special interest group involvement in judicial elections, and in particular, the impact on the 26 legal rights LGBT people, has become undeniably clear. Similarly, retention elections are now systematically targeted by politicians and special interest groups.”