Ron Paul’s Lost Delegates: Why They May Decide the GOP Nomination 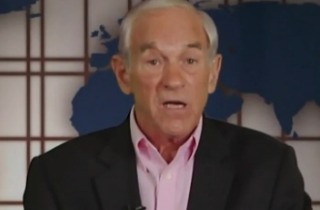 Doug Wead is a presidential historian who served as senior advisor to the Ron Paul presidential campaign in 2012.

Donald Trump and Ted Cruz are locked into a death embrace for delegates to the Republican National Convention. The showdown seems headed to California. But there is another block of delegates, big enough to settle the contest on the first ballot. I will call them the lost delegates and whoever finds them first just might be the nominee.

I am talking about the old Ron Paul delegates from the Tampa Convention in 2012. Several hundred of them are even now still in place, headed to the 2016 RNC in Cleveland. They are scattered across several States and who they chose is up in the air.  You can call it the Ron Paul Primary.

Here’s what I’m talking about.  In 2012, candidate Ron Paul led an insurgency campaign to try to get his name nominated at the convention. He wanted a chance to speak in prime time about the issues of corruption that concerned him. The RNC blocked him at every turn, changing the rules to stop him and using the Credentials Committee to disqualify many of his duly elected delegates.

The Ron Paul campaign, with its stealth delegate strategy came far closer to success than the GOP establishment has ever admitted. Without strong arm tactics in the Credentials Committee they would have succeeded, even with the Rule change of 40(5).

John Sununu, Chairman of the Rules Committee in 2012, stood on the Convention floor and told NBC’s Andrea Mitchell, “It’s not fair.” And Sununu added, “A million voters are disenfranchised in Iowa.”

It is the very charge that Donald Trump is now making about Colorado and Wisconsin. But the situation is reversed. The outsider-insurgency campaign of Donald Trump has won the votes of the people and Sununu and the GOP-insider establishment bosses are trying to steal the nomination from him by using Ron Paul’s stealth delegate strategy.

Overlooked in this battle is the fact that many of those very Ron Paul delegates are still in place, duly re-elected to attend the RNC in Cleveland, Ohio. They were elected at precinct, county and state conventions. In 2012 there were almost 500 of them, both as delegates or alternative delegates. In some states, particularly Iowa and Missouri some have dropped out of the party, disillusioned, but in other places, including many of the Plains and Mountain States they have actually grown and spread.

No campaign has really successfully supplanted these people. Cruz has been recruiting his own folks but hardly made a dent in the old Ron Paul delegates still in place. This means that several hundred of them will be going back to the RNC in Cleveland, voting for either Trump or Cruz. I get emails from them constantly asking for my opinion about whom to support.

Some are voting for Ted Cruz because they see him as the more conservative. Others think he is a tool of the insider bankers, noting that his whole political career was launched by a loan from Goldman Sachs and that his wife worked for the bank.

“What’s the difference?” they ask. Voting for Hillary whose son-in-law works for Goldman Sachs or voting for Ted whose wife works for them?

Some support Donald Trump, seeing him as the target and victim of the same insider, money corrupted, GOP establishment that maliciously blocked the Ron Paul supporters and had them physically removed from the Convention floor, tearing up any poster or placard of support for their man.

Either Trump or Cruz can win this Ron Paul Primary and with it cobble together another 100 or so delegates from across several states. For Trump it means enough to win on the first ballot. For Cruz enough to stop that from happening.

Whoever identifies these delegates first and has the most compelling argument for their support will have an advantage.

All the focus will be on New York Tuesday and California on June 7, 2016. But the silent, unseen, “Ron Paul Primary” may be just as important.