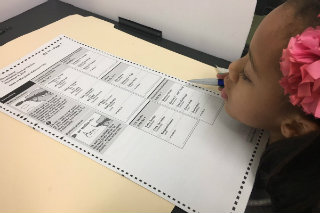 Eric Trump isn’t the only high profile figure to unknowingly commit and publicize an election-related crime on the morning of Election Day 2016. While  not the same as the law that Trump broke in New York, Marilyn Mosby, the State’s Attorney for Baltimore, Maryland broke her own state’s law that effectively prohibit’s voting selfies (for yours, read LawNewz‘s guide) with a since-deleted tweet of her daughter helping her fill out her ballot. Of course, the internet never forgets, as the tweet is archived temporarily on Google Cache and permanently on Archive.is. Here’s a screen grab: 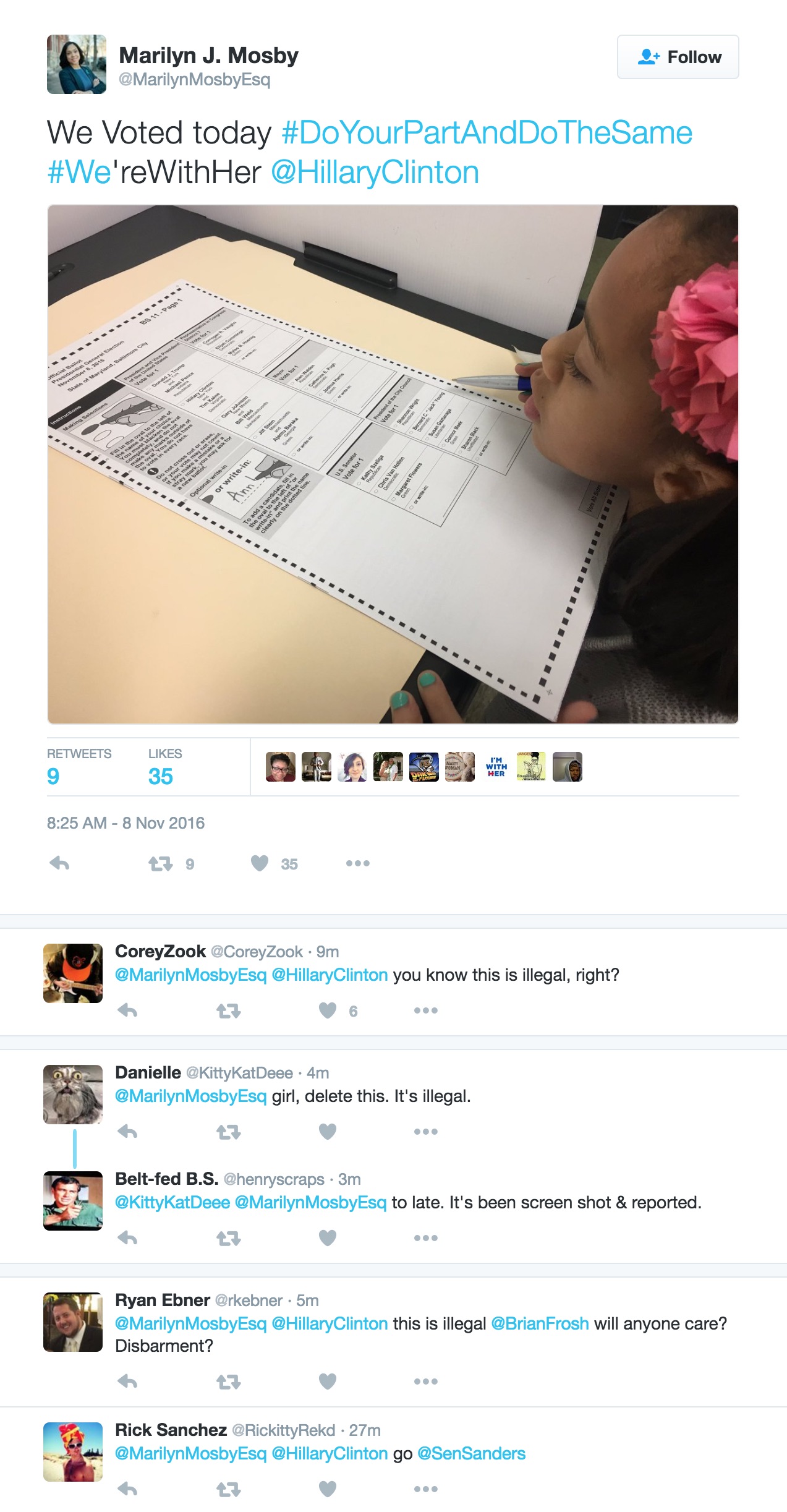 As LawNewz’s Chris White noted in our aforementioned guide to voting selfie laws, Maryland “prohibits the use of electronic devices inside polling places.” However, “photos of mail-in ballots are allowed.” That Mosby’s ballot had not yet been filled out is irrelevant due to the specifics of the Maryland state law that one would like to think that she knew already given her job.