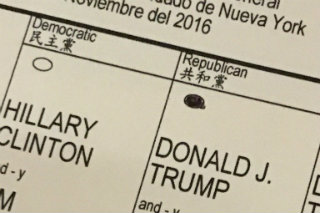 Unfortunately, it looks like Donald Trump’s middle child didn’t heed the advice of our guide to where you can legally take a voting selfie, or else he could have prevented this. On Tuesday morning, Eric Trump tweeted and quickly deleted a photograph of his ballot indicating that he had voted for his father in the 2016 presidential election. While he was quick on the draw, the tweet is still on Google Cache (archived here for whenever it falls off Google Cache) as of this writing, so it was easy to take a screen grab of the tweet: 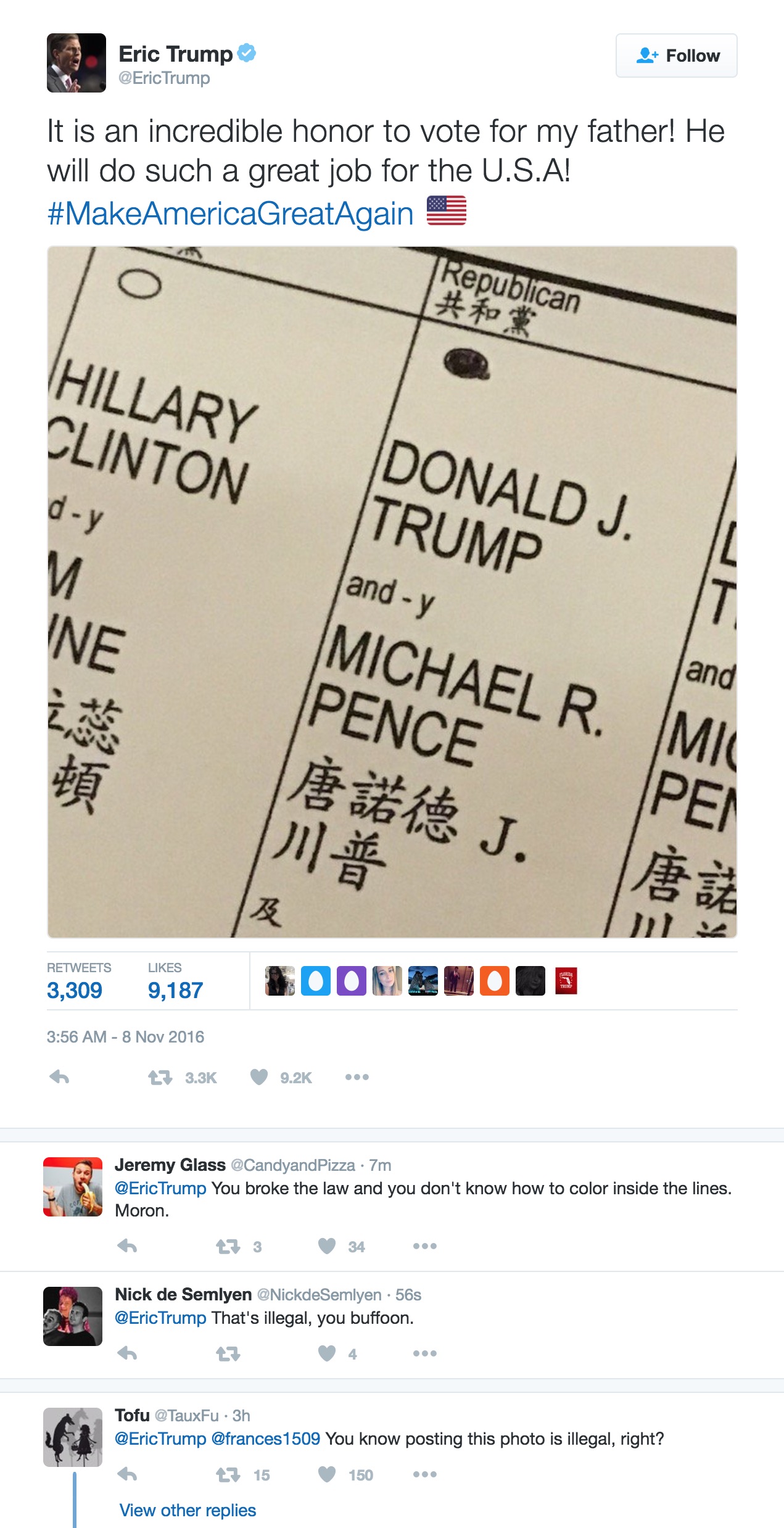 As Chris White noted in the LawNewz guide to voting selfies (and those replying to Trump’s tweet astutely pointed out), taking a photo of your ballot is illegal in New York. Trump was clearly using a New York ballot. Manhattan Judge P. Kevin Castel ruled on Thursday that the ban was not a violation of the First Amendment, writing that those who want to publicize their choice have ” “other powerful means” of doing so. The law in question is over 100 years old and specifically bans showing a finished ballot to other people. It is not clear if the Board of Election is actually enforcing the law, we are researching that.