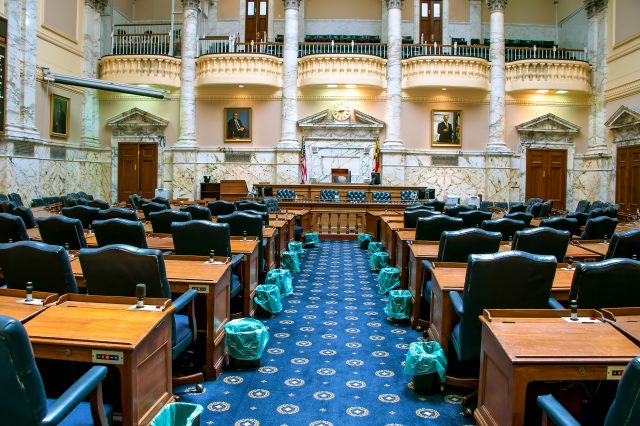 The House of Delegates voted 89-50 along party lines for a joint resolution already approved by the Senate.

Democrats, who control Maryland’s legislature, have noted concerns about potential repeal of the Affordable Care Act as reasons for expanding the attorney general’s powers. They also have cited concerns about lax enforcement of federal regulations to protect the Chesapeake Bay, the nation’s largest estuary, and how the Trump administration could affect Maryland’s large federal workforce.

Maryland’s highest court has ruled that unlike more than 40 other attorneys general in the country, the state’s attorney general lacks the common-law authority to sue the federal government without permission from either the General Assembly or the governor. The Maryland Defense Act of 2017 would enable the attorney general to sue to protect the health, public safety, civil liberties and economic security of Maryland residents, as well as the environment.

But Republicans charged that Democrats were injecting the highly charged partisan politics of Washington into Maryland in an effort to bypass the governor and disrupt checks and balances.

“No one wants the federal government steamrolling Marylanders, steamrolling the Chesapeake Bay,” said Del. Nic Kipke, an Anne Arundel County Republican who is the House minority leader. “Our governor would be first in line to defend the interests of Marylanders, I believe.”

Amelia Chasse, a spokeswoman for Gov. Larry Hogan, said too many lawmakers are focusing on what might happen in Washington and not enough time focusing on Maryland. Hogan, who did not support Trump and said he didn’t vote for him, has avoided taking positions on Trump’s actions, saying he’s focused on Maryland.

“Marylanders don’t want Washington-style party politics in their state capital, and if the past two weeks has taught us anything, we need a lot fewer talking heads in Annapolis and a lot more action,” Chasse said.

The Senate approved the resolution 29-17 last week, with all of the chamber’s 14 Republicans opposing it. Nine Senate Republicans walked out of the chamber in a rare show of protest during a debate, because a request to delay action on the fast-tracked resolution for a day was rejected.

Attorney General Brian Frosh sought to file his own lawsuit to protect Marylanders against Trump’s ban on travelers from seven Muslim-majority countries, rather than an amicus brief that expressed support for states’ actions.

He asked the governor for permission on Feb. 1, but his office said he never received a final response. Chasse said the governor’s lawyers had follow-up questions about filing a separate Maryland lawsuit. She said the attorney general then filed the amicus brief without telling the governor’s office, which assumed he had decided to go that route in court.

Unlike a regular bill, a joint resolution cannot be vetoed by the governor.