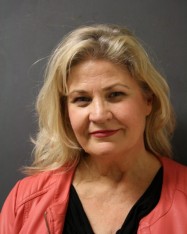 One of the two anti-abortion activists indicted last week for her involvement in making undercover videos about Planned Parenthood has been offered the opportunity resolve the matter through a pre-trial diversion program, according to a Harris County, TX district attorney.

Sandra Merritt turned herself in to authorities in Houston on Wednesday and was released after posting a $2,000 bond.  Merritt was indicted last week for tampering with a governmental record, a felony charge that carries a punishment of up to 20 years in prison.  The other indicted activist, David Daleiden, is scheduled to make his first court appearance tomorrow.

The afternoon, the Harris County D.A. announced she is willing to resolve the matter through a pre-trial diversion program, which allows for the charges to be dismissed after the successful completion of a one-year probation period.

One might assume news of such a deal might come as a relief to someone facing a potential 20-year sentence, but if the comments of her lawyer are any indication it does not seem likely that Merritt will be accepting a plea deal.

Merritt’s next court appearance is scheduled for March 28.