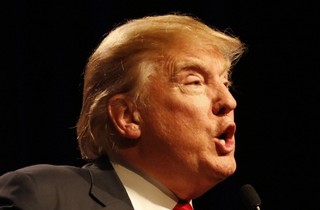 So here’s something to think about: Pennsylvania’s Republican primary might hurt frontrunner Donald Trump in his bid for the party’s presidential nomination even if he’s projected to do well in a primary vote.

“No other state leaves so many of its delegates unbound—allowed to vote for whomever they please at the convention,” said Nate Cohn in a Thursday New York Times article. Pennsylvania has 71 delegates, but only 17 will be pledged to a candidate after the primary scheduled for Tuesday.

54 are allowed to support whoever they please at the Republican National Convention in July. That’s bad news for Trump, who only leads the race with 845 delegates. It’s mathematically plausible he’ll lack the 1,237 needed for nomination, and he can’t be sure if those 54 will back him or not. He’ll need every vote. If no one wins the first ballot for nomination at the convention, then some of his pledged delegates may no longer be bound to support him. That’s possibly detrimental for his candidacy since he faces plenty of intraparty resistance.

Cohn said Trump’s victory would be certain if Pennsylvania only had a winner-take-all system like California’s.

“Our model puts his projected delegate deficit as slightly less than the number of delegates left unpledged (54) in Pennsylvania, meaning he would be projected to win if they were bound delegates,” Cohn said. Even if the state didn’t have a winner-take-all system, Cohn said Trump would have been projected to win at least 40 delegates in a proportional allocation system.
–