Dan Metcalfe was the Founding Director of the Justice Department’s Office of Information and Privacy (1981-2007).  Metcalfe was essentially “the federal government’s chief information-disclosure ‘guru.'” 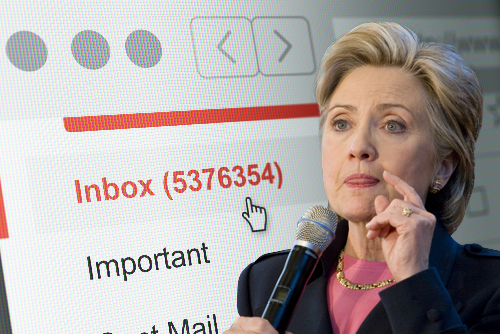 When most people hear the phrase, “violates the law,” or “is contrary to law,” or perhaps even the word “unlawful,” they tend to think that the conduct involved is a violation of some criminal law for which there are criminal penalties.  But some laws and legal obligations are only civil in nature, for which there exist only monetary or administrative sanctions at best. Such is the case with federal records laws such as the Federal Records Act and the Freedom of Information Act, which govern the conduct of federal employees and officials, even that of former Secretary of State Hillary Clinton.

What’s more, the civil sanctions provided in these laws can be applied only to people who still remain federal employees at the time at which their violation is discovered and acted upon.  In other words, if you violate these laws and then leave government service quickly enough, you are beyond the reach of their penalties.  Indeed, a common refrain among political appointees during the latter part of the George W. Bush Administration was:  “That’s OK, because by the time anyone finds out about it, we’ll be long gone.”

The Federal Records Act (or “FRA”) is a decades-old federal law that governs the creation, maintenance, preservation, and disposition of federal records, regardless of form or format, including electronic records such as e-mail.  Simply put, it tells those who work for the federal government that they must document their work and keep such records safe during their tenures.  Then, when someone leaves a federal position, the FRA requires that all such records be reviewed in conjunction with an agency records officer so that the agency (i.e., not the employee alone) can make decisions about which records will be preserved.  Then the employee is required to sign a document certifying that this has been done comprehensively and accurately, lest that not be the case.

Any failure to meet these legal obligations, from the beginning of an employee’s tenure to the end, is punishable with administrative sanctions up to and including dismissal.  And the entire process is overseen by agency records officers, by an agency’s chief records officer, and by the FRA experts at the National Archives and Records Administration (or “NARA”), who hold ultimate responsibility for making sure that agencies properly implement the FRA.

The importance of the FRA’s proper implementation becomes quite evident when, for example, questions are raised about the propriety of some agency activity (sometimes in full “controversy” or even “scandal” mode) and the records pertaining to that activity need to be reviewed by an agency inspector general, by federal law enforcement personnel, or even by congressional investigators on behalf of a legislative committee.  If relevant records have not been properly preserved, then such inquiries are greatly impaired and sometimes the word “cover-up” is used.

Furthermore, even inquiries of a lesser magnitude depend upon a foundation of proper FRA compliance.  When a Freedom of Information Act (or “FOIA”) request is made to a federal agency, for example, that agency has a legal obligation to search for all agency records responsive to that request’s subject matter.  But if a responsive record is not maintained, in a readily searchable form or location, the FOIA can readily be circumvented as a result.

Recently, these two key civil laws have figured prominently in the wide-ranging controversies surrounding Hillary Clinton’s exclusive use of a personal e-mail account, compounded by a private e-mail server, during nearly the entirety of her four-year tenure. (The fact that she systemically also bypassed the State Department’s special system for classified or potentially classified e-mails is a matter of criminal law, subject to a “gross negligence” standard, that is not further addressed here.)  This conduct violated the Federal Records Act from beginning to end, including through what appears to be her utter failure to meet any of the requirements placed on a departing employee.  This amounts to what can be viewed as the biggest, most consequential violation of the FRA in its history, as well as a blatant circumvention of the FOIA the likes of which have never before been seen.

Yet there are absolutely no penalties provided by law for this misconduct.  The FRA, if violated, does provide a basis for some action being taken against an employee — but only a personnel-type administrative action that simply does not work if the employee is “long gone.”  And as for the FOIA, in turn, it does contain a little-known sanction, in subsection (a)(4)(F)(1) of the Act, but there as well, even it is available only as against someone who has remained in federal service.

So what the public is left with, in the case of these key federal records laws, is a statutory scheme that is effectively toothless in most instances, especially in the cases of law-flouting political employees such as Secretary Clinton who seem to do just whatever they please and can get away with — literally.

And one more conclusion should be obvious:  It is long past time for Congress to take a close look at this — regardless of how Secretary Clinton manages to fare on the criminal side of her docket — and update the Federal Records Act to provide meaningful sanctions (not to mention oversight) that effectively disincentivize at least such contumacious violations of it. Anything less, in the face of such sad circumstances would be abnegation of legislative responsibility as well.
Dan Metcalfe is a registered Democrat who has long said that he will vote for Hillary Clinton in November “if she escapes indictment and manages to become the Democratic presidential nominee.”