ABA Legal Fact Check: When Is It Illegal for Foreign Nationals to Influence U.S. Elections? 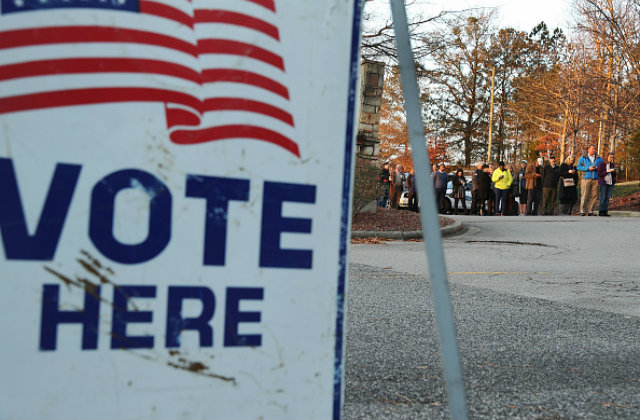 In mid-December, National Security Adviser H.R. McMaster was quoted as saying that U.S. officials were “increasingly concerned” that Russia was using “sophisticated campaigns of subversion and disinformation and propaganda … to polarize democratic societies.” This would be consistent with allegations of Russian interference in the 2016 U.S. presidential election. But do such actions break U.S. law?

Congress has wrestled with questions of foreign interference with the U.S. electoral process for many years, including following the 1996 elections when the majority-Republican Senate organized hearings on Chinese influence in Bill Clinton’s reelection. The First Amendment allows some protection for foreign nationals to influence public opinion, but federal election law clearly prohibits political contributions to candidates by foreign nationals as well as candidates’ acceptance of anything of value from foreign nationals.

Federal election law, administered by the Federal Election Commission, prohibits contributions, donations and other expenditures by “foreign nationals” in any federal, state or local election as well an exchange of any “thing of value.” Most recently, Section 303 of the Bipartisan Campaign Reform Act of 2002, also known as the McCain-Feingold Act, strengthened the ban on foreign money in U.S. electioneering.

Six years ago, the U.S. Supreme Court upheld a decision by a U.S. District Court in Washington, D.C., that Congress can ban individuals who lawfully reside in the U.S. and are neither U.S. citizens nor “permanent residents” from making donations or gifts related to any election. In that case, Bluman v. Federal Election Commission, a three-judge panel said the limitation was a legitimate tool for government to prevent “foreign influence over U.S. elections.” The decision specifically banned contributions to candidates and political parties as well as “express-advocacy” expenditures — those ads that clearly support or oppose a specific electoral outcome. The Supreme Court affirmed the decision without comment.

But the lower court said the ban “does not restrain foreign nationals from speaking out about issues or spending money to advocate their views about issues.” As an example, the FEC said foreign nationals can underwrite the broadcast of apolitical ads aimed at exposing the alleged political bias of the media. And this past summer, a pro-Saudi group purchased a series of anti-Qatar ads clearly intended to influence U.S. political opinion.

With increasing attention focused on foreign influence in U.S. elections, the FEC issued an advisory last summer reiterating its prohibition on in-kind and direct political donations and outlining who classifies as a “foreign national,” a category that includes foreign governments. One exemption: “green-card” holders, or those with permanent residence status. The FEC has also determined that individuals, including foreign nationals, may volunteer personal services to a federal candidate or federal political committee without making a contribution.

Criminal actions by either foreign nationals or affiliated U.S. citizens aimed at influencing U.S. elections would be subject to prosecution under various U.S. statutes. In the context of the Russian investigation, this behavior could include making false statements or working with, or aiding, a Russian to commit a crime or concealing that a crime has been committed by a Russian.

Other laws touch upon influence and foreign governments. The Logan Act, for instance, bars any U.S. citizen from interacting with a foreign government to influence policy. But many experts believe this law is overly broad, and there have been no successful prosecutions in its near 220 years. And while the term “collusion” is cited in the context of Russian interference in the 2016 election, collusion itself is only prohibited in the antitrust law arena.

Based on the news accounts, it is uncertain whether McMaster raised his warning in the context of the law or national security or both. The only criminal cases known through January 2018 resulting from the investigation of Special Counsel Robert Mueller relate to making false statements to investigators and, in the case of Paul Manafort and an associate, charges related to money laundering, tax evasion and foreign lobbying — alleged actions separate from the Trump presidential campaign.

As journalist and commentator Jeffrey Toobin noted in May 2017, “[U]nlike the Watergate investigation, which began with a break-in … it is not immediately clear what crimes may have been committed” in the Russian interference in the 2016 U.S. election. Toobin’s cautionary note, nine months later, rings largely true today.