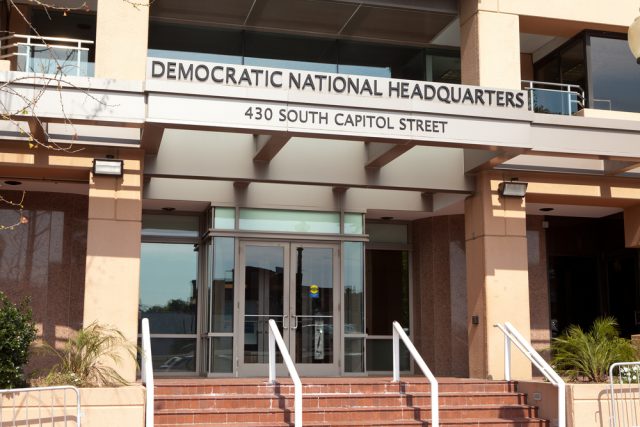 The Democratic National Committee (“DNC”) filed their Federal Election Commission (“FEC”) disclosure form for the month of December in the middle of President Donald Trump‘s inaugural State of the Union speech. The curious timing all but invites Streisand effect-like scrutiny of the DNC’s finances and the results are telling: according to the filing, the DNC is practically broke.

The DNC raised just over $5.2 million for the month of December. This is a paltry sum to begin with, but the Democrats are currently shellshocked and reeling from a string of policy defeats, out of office and out of power.

The DNC started the month of December with $6.3 million cash on hand. Add that $6.3 million starting chunk of change to December’s $5.2 million haul and the DNC doesn’t look so bad: that’s over $11.5 million total cash on hand.

But not so fast. After nearly $5 million in spending, the DNC ended the month of December with barely over $6.5 million in cash. That sum, minus expenses, is relatively anemic compared to their Republican Party counterparts–the Republican National Committee currently has nearly $40 million cash on hand, according to OpenSecrets.

And that still isn’t the end of the story.

At the tail-end of the DNC’s FEC filing summary is the section labeled, “Debts and Obligations Owed BY the Committee.” That number, the DNC’s total debts to be paid, is a hefty $6.1 million.

Republicans plan to heavily outspend Democrats in the 2018 midterm elections. They way things are going, it doesn’t look that it will be difficult.