‘Get What They Ask For’: Police Union Suggests College Should Suffer Mass Shooting After Students Snub Officers 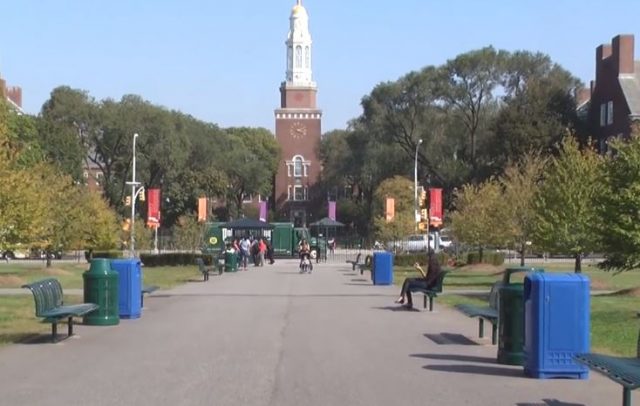 A police union invoked terrorism and school shootings–and appeared to wish for them to occur–in order to complain about a Brooklyn school’s policy that purportedly limits where officers are allowed to use the restroom on campus.

After a mid-morning report in the New York Post falsely claimed that Brooklyn College “doesn’t want police using campus bathrooms,” the official Twitter account of the Sergeants Benevolent Association (“SBA”) chimed in with a somewhat controversial take on the matter.

That account tweeted, “another anti police campus with no common sense. Active shooters, acts of terrorism on campuses and now remove the police. Maybe it’s time people get what they ask for.”

Brooklyn College doesn’t want police using campus bathrooms https://t.co/Dx8qui59Xb via @nypmetro another anti police campus with no common sense. Active shooters, acts of terrorism on campuses and now remove the police. Maybe it’s time people get what they ask for.

The actual story coming out of Brooklyn College, however, is that a group of students is presently unhappy with police officers using campus restrooms and have started a petition calling for an absolute ban on cops using said facilities.

In comments to student-run newspaper, The Excelsior, Brooklyn College’s director of public safety, Donald Wenz, responded to news of that petition with a compromise of sorts–by simply requesting that officers limit their use of Brooklyn College’s lavatories to one restroom in particular, “rather than walking across either quad to use the bathroom.”

In a statement provided to the New York Post by Brooklyn College, the university noted:

Brooklyn College offers the use of our facilities to the NYPD and other public servants..as a courtesy.

Law & Crime reached out to Brooklyn College for an official reaction to the SBA’s controversial tweet, but a university spokesman said they were unable to comment before consulting with others. This post will be updated if and when Brooklyn College responds.

Law & Crime issued a similar request for comment to the SBA, but no response was forthcoming at the time of publication. This space will be updated in the event that such a response is received.