What’s Going to Happen Now That Stormy Daniels May Have Violated Her NDA? 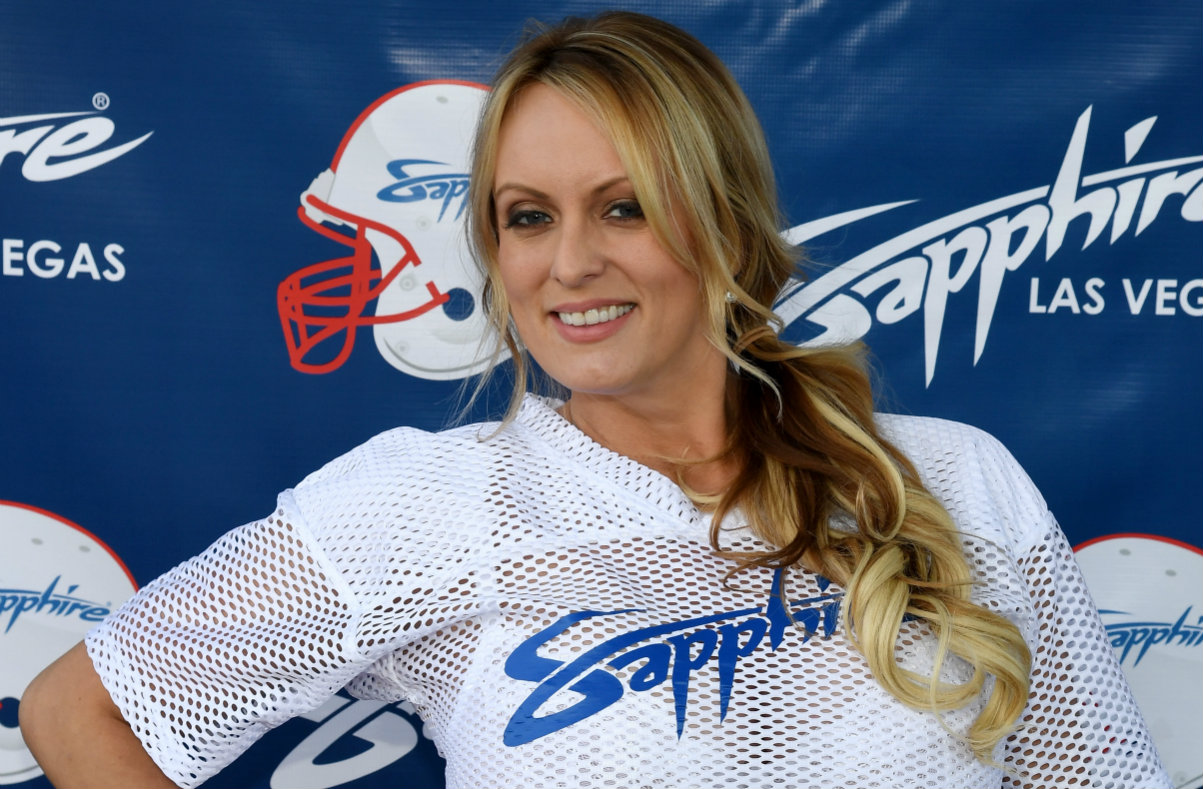 Now that the storm[y] has been fully unleashed courtesy of Anderson Cooper, what’s actually going to happen, legally-speaking? Well, if you listen to Michael Cohen‘s lawyer David Schwartz, you’ll be certain that Stormy Daniels is about to pay up to the tune of $20 million. Dramatic as that sounds, it’s not quite true. In order for anything to happen, someone needs to actually file a lawsuit against Stormy Daniels. Stormy, you may remember, has filed her own lawsuit – but that one is only seeking a “declaratory judgment” – not suing anyone for damages. Donald Trump or Michael Cohen (or Essential Consultants, LLC) would need to sue Stormy for breach of that contract.  Such a lawsuit could go a few different ways. Let’s talk possible outcomes:

A court could find that a valid, enforceable nondisclosure agreement existed, and that Stormy breached that contract by talking with CBS or anyone else. In that scenario, a court would have to decide the secondary legal issue about whether the liquidated damages clause in the contract is enforceable. That clause, which attempts to obligate a breacher to pay $1 million per breach (almost eight times the contract price), is highly-suspect. In California, like most states, a liquidated damages clause won’t work if it operates like a penalty. That means that even Trump/Cohen sued and won for breach, the court would still need to determine the financial value of any damages suffered. There are a number of methods a court could use to calculate such damages, but exactly zero of them will lead to a figure of $20 million. Given that Stormy stands to make bank from the selling of her story, this “loss” in contract court might feel more like a win to her.

Sometimes, when individuals contract, courts refuse to enforce those contracts. For example, if enforcing the terms of the contract could create injustice, or if the circumstances surrounding the contract formation were too shady, the court might decide to throw that contract out. The Cohen/Trump-Daniels contract is one that courts would be particularly averse to enforcing, because of the obvious First Amendment issues in play.

An outcome based on lack of enforceability would be the ultimate win for Stormy; it would be an official determination that Trump really did pay her $130K in hush money, and a simultaneous grant of permission for Stormy to ignore the NDA altogether.

A court (either in Stormy’s lawsuit for declaratory judgment, or in a separate lawsuit filed by Trump/Cohen), could simply rule that there was no valid contract between Trump/Cohen and Stormy. Such a decision isn’t all that likely, as all signs point to the parties intending to contract with one another. However, courts do sometimes rule that a contract fails to form when factors like miscommunication, vagueness, or lack of signatures cloud the circumstances surrounding an agreement. This outcome would be the easiest for Stormy Daniels, because it would simply allow her to go about her business without worrying about any contract. No money would be exchanged (except between Stormy, Trump, Cohen, and their respective lawyers), and no wrongdoers would be named (at least by the court). Trump would be able to go on denying any extramarital affairs, and we’d all go on judging for ourselves what Stormy’s details mean.

All this, of course, depends on the assumption that Trump and his people actually file suit against Stormy Daniels. Let’s keep in mind that before the 60 Minutes interview, rumors were circulating about how Trump was going to seek an injunction to prevent the piece from airing.  But no such action was ever filed. While there are a number of explanations there, one possibility is simply that Trump realizes that he cannot litigate anything with Stormy Daniels without causing himself a lot of collateral damage. From revealing personal details, to his potential to defame by denying, to overall bad press, Trump may simply have decided that this is “$20 million” he just doesn’t need that badly.

In addition to the above scenarios between Trump/Cohen and Daniels, there are also the broader consequences destined to be part of the 60 Minutes fallout. Irrespective of how a hypothetical court could rule on the underlying contract, it seems that $130,000 did change hands – and as we’ve analyzed before, that exchange could very well constitute a violation of federal election law. Sure, a prime-time interview isn’t testimony under oath, but it sure doesn’t help Cohen and Trump, no matter how certain David Schwartz seems during interviews.