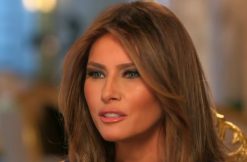 Charles Harder, the Beverly Hills lawyer who destroyed Gawker as an act of revenge bankrolled by Silicon Valley mogul Peter Thiel and is now the attack-dog-lawyer for Melania Trump, wants to take down mainstream reporters and a 52-year-old Supreme Court decision.

Problem is, like many tough-talking celeb lawyers, Harder misunderstands the law.

Harder may have driven Gawker into bankruptcy after a Florida jury ruled that the website’s posting of professional wrestler Hulk Hogan’s sex tape was not a matter of public concern. Now Harder is moving into high-stakes libel litigation by filing a $150-million defamation suit on behalf of Melania Trump in September against the Daily Mail and a Maryland blogger for reporting a rumor that she’d once worked as an escort, which Harder says is false.

But Harder’s Gawker victory does not mean he can count on easily wining libel lawsuits against mainstream reporters for reporting actual news about government officials and public figures.

Harder displays his ignorance about the First Amendment by complaining to GQ in a recent interview that the courts are stacked against his celeb clients.

“The courts are largely pro-First Amendment,” he complains to GQ.

But Harder has a solution: the courts should abolish the “actual malice” standard created by the Supreme Court in the 1964 decision New York Times v. Sullivan, which requires government officials and public figures like President-elect Donald Trump and his wife, Melania, to prove that the reporter intentionally published a false fact or published with serious doubts that the fact was true.

Harder complains the actual malice standard is unfair to his celebrity clients. “There are a lot of celebrities and public figures who don’t bring lawsuits because the standard is so high,” he said, “and you have to kind of get into somebody’s head as to what they were disregarding and what they were regarding.”

The GQ writer asks Harder, who has a black-and-white photo of Martin Luther King Jr. in his office, if Harder wants to return to a time before New York Times v. Sullivan where Southern government officials had launched an onslaught of libel lawsuits to chill Northern media from reporting about the racist actions of Southern governments.

“I don’t know,” Harder says. “I’m not on the Supreme Court. It’s not my job to come up with the perfect thing. I really live in the realities. I mean, my job is, I’ve got a client or a potential client calling me up, saying here’s the situation, and I give them the realities.”

Here’s a “reality” for Harder and his revenge-seeking clients: The Supreme Court does not approve of revenge libel lawsuits aimed at shutting down the press.

As Supreme Court Justice Hugo Black noted in his concurrence in New York Times v. Sullivan, the New York Times was hit with eleven libel lawsuits filed by state and local officials in the state of Alabama seeking $5.6 million in collective damages, while CBS was slammed with similar lawsuits seeking $1.7 million. That’s $38 million sought against the Times and $7.6 million against CBS in today’s dollars.

As Justice Black cautioned, “this technique for harassing and punishing a free press — now that it has been shown to be possible — is by no means limited to cases with racial overtones; it can be used in other fields where public feelings may make, local as well as out-of-state, newspapers easy prey for libel verdict seekers.”

Take heed, would-be revenge libel plaintiffs and libel bullies. The Supreme Court voted 9-0 in New York Times v. Sullivan to stop revenge lawsuits to chill the press when publishing good faith reports about the government. The majority of a newly constituted court would be unlikely to reverse this strong legal precedent dating back to 1964.