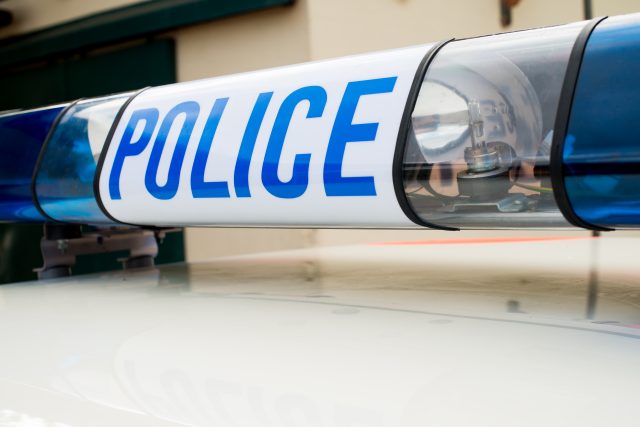 Once again a police officer has been found not guilty for shooting to death a civilian, this time a 66-year-old mentally disturbed black woman, Deborah Danner, in Bronx, New York. The defendant, Sgt. Hugh Barry, elected to be tried by a judge rather than face a jury. Few observers were surprised when the judge delivered his verdict, declaring that Sgt. Barry was legally justified in fatally shooting Danner to defend himself when she allegedly threatened him with a baseball bat.

Given the large number of shooting deaths of civilians each year by police, the Danner killing is just another unsettling statistic.  Every year over the past three years nearly 1,000 people have been fatally shot by police. Nor is the victim’s race outside the norm for police shootings; blacks are killed at least three times the rate of whites and other minorities.

Moreover, the fact that the officer was tried and acquitted by a judge is neither surprising nor unusual. Indeed, judges in these so-called “bench trials” almost always find police officers not guilty of charges of murder or manslaughter for unlawfully using deadly force.  The recent acquittals of police officers in the deaths of Freddie Gray in Baltimore, Maryland, Melissa Williams and Timothy Russel in Cleveland, Ohio, Anthony Lamar in St. Louis, Missouri, and Sean Bell in Queens, N.Y. were all in trials by judges.

But the most critical take-away from this tragic case is that at least a quarter of those persons killed by police were emotionally or mentally ill,  and that police officers who respond to mental health calls typically do not have the training or experience to deal effectively with persons suffering mental illness. It’s not unreasonable to believe that when faced with a person who behaves in a bizarre, dangerous, and threatening manner, a police officer lacking professional training may instinctively respond with lethal force instead of trying to de-escalate the encounter.

Indeed, the most salient lesson from the Danner case, and the hundreds of other similar fatalities, is that given our society’s failure to adequately fund mental health programs and mental health professionals, particularly in crisis situations, society by default has made the police the primary responders to deal with people with mental or emotional disabilities rather than mental health professionals. And given the fact that a police response to a crisis situation may typically be more aggressive and potentially escalating, as in the Danner confrontation, rather than slower and more deliberative, it is much more likely that persons who resist police intervention, as did Ms. Danner, will be killed.

Police officers are not psychologists, are not trained in crisis-intervention techniques with persons who have complex mental or emotional problems. The actions of Sgt. Barry when viewed in hindsight raise many questions about the wisdom of his actions. Several police officers were summoned by a 911 call to Ms. Danner’s seventh floor apartment after learning that she was behaving violently. Ms. Danner, a paranoid schizophrenic, opened her door when the police arrived, but as the police entered her apartment she retreated to her bedroom and grabbed a pair of scissors. The officers pleaded with her to put down the scissors; she demanded that the police leave.  There was a standoff until Sgt. Barry arrived. He told Ms. Danner he was there to help her and asked her to put down the scissors and come out of her room. She shouted “if you come in here I’m going to fight you.” But after a lengthy standoff, she slammed the scissors down on her bedroom nightstand and began to leave her room. Sgt. Barry, who testified in his own defense, said he made a motion to restrain her. She ran back into her room and grabbed a baseball bat. Sgt. Barry said he then un-holstered his  gun and was ready to use it as he pleaded with Ms. Danner to drop the bat. As he testified, “I’m seeing this baseball bat about to crack me in the head and kill me.”  “She was in the middle of a swing, that’s when I shot her.”

To be sure, Sgt. Barry made a split-second decision and it’s easy in hindsight to criticize his actions. He entered an evolving standoff where it appears the other officers may have been succeeding in calming the situation. What was the purpose of his active intervention? Ms. Danner had in fact relinquished the scissors and emerged from her bedroom. Why did Sgt. Barry move to restrain her? Ms. Danner then fled back into her bedroom, retrieved a baseball bat, and turned to face Sgt. Barry.  Did Sgt. Barry need to draw his gun, follow her, and confront her?

It’s plausible to suggest that if a police crisis intervention team composed of trained and experienced police officers accompanied by mental health professionals had to deal with Danner, and were able to slowly and deliberately calm the situation instead of escalating it, the consequences might have been different.

Moreover, the venting by the head of the police sergeant’s union at New York’s mayor, police chief, and Bronx District Attorney for allegedly playing politics by condemning Danner’s killing and charging Sgt. Barry could probably be focused less on blame than on developing police strategies for dealing with people with mental health issues. Several police departments employ crisis intervention teams in all cases involving police encounters with persons with mental health issues. Why can’t New York?

But as long as our society leaves it exclusively to the police and the criminal law to deal with many non-criminal social problems, particularly those of people with mental health issues, then the unnecessary and predictable police shootings of people with mental disabilities will likely continue.