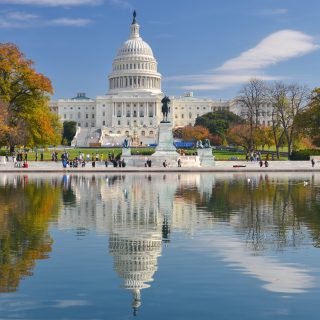 Meanwhile, while everyone was focusing on the melee over the GOP trying to destroy the House ethics office, House Republicans led by Morgan Griffith (R-Va.) snuck in a revival of a rule that could decimate federal agencies. The rule is known as the “Holman Rule” (affectionately called the “Armageddon Rule,” by some Democrats) – a 1876 procedural rule that permits any member of Congress to propose an amendment to an appropriations bill that targets a specific government employee or program. Talk of “appropriations” and “amendments” sounds all impersonal and procedural – but let’s be clear. This rule could have significant impact on thousands of federal workers and their families. With the Holman Rule in place, a lone Congressman from any district could propose cutting a federal employee’s salary—or even an entire program budget– down to $1.

Prior to this week’s Congressional bedlam, Congress’ involvement with the budget of federal agencies has been more of a broad-strokes kind of thing. Congress appropriates funds for federal agencies, and those funds can be increased or decreased; but Congress does not identify specific programs or specific employees against whom to wield its mighty power of the purse. Things work this way for several reasons, including 1) civil service rules; and 2) common sense. The federal government is the single largest employer in the nation. When individual Congressmen can propose legislation to cut specific salaries or eliminate specific positions, the livelihood of every federal employee is precariously balanced between politics and pragmatism.

Those who support the Holman Rule argue that it will work to eliminate government waste, and create accountability within all federal agencies. House Majority Leader Kevin McCarthy (R-Calif.) defended this drastic maneuver by pointing out that voters elected Trump with the hope of fundamentally changing the way government works, and that the Holman Rule does precisely that.

In McCarthy’s words, “This is a big rule change inside there that allows people to get at places they hadn’t before.” Well that’s sure accurate. I’d say it’s a “big change” for the thousands of men and women working for the federal government to know that their jobs can now be specifically targeted by any member of Congress. That’s sort of like showing up for work on Monday and finding out that over the weekend, your boss decided to allow the entire department on the floor above your office to give you a performance review this year.

House Minority Whip Steny H. Hoyer (D-Md.) made a floor speech calling out the insanity of reviving this antiquated rule:

“Republicans have consistently made our hard-working federal employees scapegoats, in my opinion, for lack of performance of the federal government itself,” he said. “And this rule change will allow them to make shortsighted and ideologically driven changes to our civil service.”

Republicans have accused opponents of the Holman Rule of typical liberal hysteria in the face of conservative pragmatism and efficiency. After all, the Holman Rule simply allows legislators to propose an amendment; the final product still has to be approved by a Congressional majority before becoming law. Plus, the rule will expire in a year unless Congress votes to continue it. While that’s is mildly comforting, it necessarily raises the question of why the 2017 Congress would need this 141 year-old rule in the first place. After all, why bother reviving a rule that isn’t expected to effectuate any actual difference?

Pre-Trump, a revival of the Holman Rule might not be so alarming. But our president-elect has promised to repeal federal regulations, just for the sake of having less of them on the books. He has consistently shown disregard and misunderstanding of the function of administrative agencies and the reality of administrative law. He has named several appointees whose philosophies and experience are diametrically opposed to the agencies they are charged with leading. More than anything else, Trump is an enemy of the federal government in its current form. Whether his obvious animosity toward our existing government is what makes him most dangerous or most desirable is in the eye of the beholder, but the Holman Rule could now deputize every Congressman in America to attack the federal government as brutally as Trump himself has.