Did John Brennan Perjure Himself Over Steele Dossier? 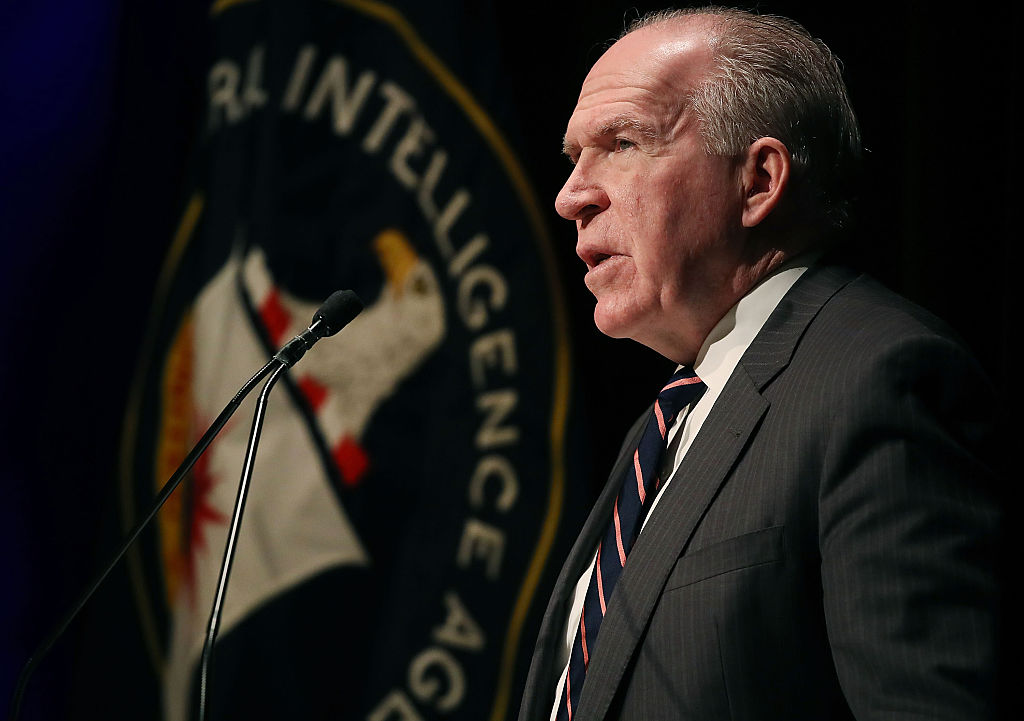 New evidence has come to light leading me to believe, that John Brennan, the former CIA chief, should be closely examined to determine whether he perjured himself when speaking to Congress about his knowledge surrounding the now infamous Steele Dossier. At the very least, new reports raise some very serious questions about whether he was less than truthful when he was under oath.

According to an exclusive report in Real Clear Investigations, “several Capitol Hill sources say Brennan, a fiercely loyal Obama appointee, talked up the dossier to Democratic leaders, as well as the press, during the campaign. They say he also fed allegations about Trump-Russia contacts directly to the FBI, while pressuring the bureau to conduct an investigation of several Trump campaign figures starting in the summer of 2016.”

The problem? Brennan denied knowing anything about the dossier months later in front of Congress, and made those denials under oath and under the promise of the penalty of perjury should he be caught lying again. Nunes is reportedly also investigating whether Brennan perjured himself.

Other investigative journalists at Tablet Magazine have referred to Brennan’s denial as making “no sense” given the known facts about Brennan discussed the details of the dossier across D.C. during the election.

In July, Brennan alerted the FBI to the possibility that Russia is seeking to interfere in the presidential election. In August, he briefed the White House and then congressional leaders on Russia’s attempts to influence the election for the purpose of putting Trump in the White House. In December, the CIA assessed that Russia had done exactly that. But for five months, Brennan didn’t bother to look at a document widely discussed for months by the Washington press corps that deals explicitly with the issue that has the director of the Central Intelligence Agency setting off fire alarms at the FBI, Congress, and the White House?

Section 1001 of Title 18 of the United States Code makes it a crime to “knowingly and willfully” “conceal a material fact” “within the jurisdiction of the legislative branch.” This includes three constituent parts, or “elements” of the crime: knowledge of a lie; a lie of consequence and a lie told in the course of a government inquiry.

Answering a question from Congress at a public hearing is “within the jurisdiction of the legislative branch.”

That only leaves the question of culpable knowledge. Here is the relevant expert from Brennan’s Congressional testimony on May 23, 2017:

GOWDY: Director Brennan, do you know who commissioned the Steele dossier?

GOWDY: Do you know if the bureau [FBI] ever relied on the Steele dossier as part of any court filing, applications?

BRENNAN: I have no awareness.

GOWDY: Did the CIA rely on it?

BRENNAN: Because we didn’t. It wasn’t part of the corpus of intelligence information that we had. It was not in any way used as a basis for the Intelligence Community Assessment that was done. Uh … it was not.

Brennan claimed not to know “who commissioned” the dossier, not to know whether the FBI “ever relied” on it as part of “any court filing,” and even claimed the dossier “wasn’t part of the corpus of intelligence information that we had.”

The problem for Brennan is this: if he had no knowledge of the dossier, what was he telling Senator Reid, and others on the hill, when he was apparently relaying details from the dossier?

If reports are accurate, why would Brennan lie? If the dossier was such solid material — so much the FBI vouched for it to a FISA court — then why be afraid of admitting knowledge of it?

Here, the story takes a potentially deeper, darker turn, like something out of a John LeCarre novel.

Increasingly, various followers of the story note the peculiar lack of a consistent starting point of the FBI and CIA investigative role in the story: in one version, it’s Carter Page, a low-level Trump aide who may have been a past informant for the FBI against Russian corruption of American politics; in another version, it’s an Australian diplomat who overheard a drunk conversation between another low-level Trump aide (GeorgePapadopolous) and a low level professor feigning Russian influence; in another version, it’s the British spy agency as a Five Eyes case, referring to the five spy agencies that work together (Kim Dotcom might call the Five Eyes the Five Lies-And-Spies), picking up team Trump email and phone chatter, and sharing it with Brennan and the FBI; and in even another version, it’s Christopher Steele, whose dossier ended up in FISA applications for Title I warrants on team Trump through spying on Carter Page. Why can’t the Obama top-brass of the intel community and law enforcement explain this increasingly inconsistent opening scene of #RussiaGate?