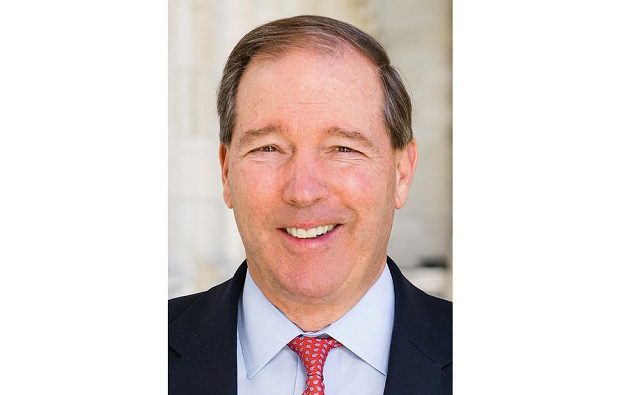 Perhaps no issue has highlighted the divide between Democrats and Republicans in the last year more than the Supreme Court. After renowned conservative Justice Antonin Scalia passed away, Senate Republicans ignored President Obama’s nomination of moderate Merrick Garland to take his place, allowing President Trump to nominate Neil Gorsuch instead. Gorsuch is known as having an originalist approach to the Constitution, which often favors conservatives, and many Democrats view the seat on the Court to have been stolen from Garland, who was lauded as a centrist. Senate Democrats have threatened to block Gorsuch’s confirmation, if possible, as payback. Now, one Democratic Senator has an idea to unite the country that would make everyone a winner: confirm both of them.

Sen. Tom Udall of New Mexico, who met with Gorsuch on Monday, has reportedly pitched an idea to his colleagues, where President Trump would theoretically strike a deal with one of the elder members of the Supreme Court, securing their resignation, on the condition that Garland would be nominated and confirmed to take their place. Gorsuch and Garland would then be confirmed at the same time. Udall’s plan is certainly outside the box.

Don’t get me wrong, I’d love it if it could happen. I’m actually a fan of both Garland and Gorsuch. If they could both be on the Supreme Court, it would be great for two deserving jurists, good for the court, and good for the country. But there is no way on earth that it would ever work.

Remember, this is the same Republican-controlled Senate that sat on Garland’s nomination for nearly a year, on the gamble that a Republican would win the White House in November’s election and they could get someone more to their liking. There was also the gamble that Donald Trump, hardly your typical Republican, would nominate someone to their liking, even though he had listed a number of potential picks during his campaign, including Gorsuch.

Justice Ruth Bader Ginsburg is 83 years old. Justice Anthony Kennedy is 80. Justice Stephen Breyer is 78. It’s not unreasonable for Senate Republicans to count on at least one of them retiring within the next four years, at which point, they can confirm another conservative justice.

I asked Senator Udall how likely he thinks this plan would be to work, if President Trump pushed for it, but he has not responded.

If the dual confirmation idea sounds familiar, that’s probably because it came up on an episode of “The West Wing,” when President Jed Bartlet’s staff pushed for one Supreme Court justice to resign after another died, so there could be two new nominees to maintain the Court’s balance. A spokesperson for Udall told Politico that the Senator didn’t watch the show, and had the idea after a constituent asked about the possibility of confirming both Gorsuch and Garland.

Unfortunately, the real world doesn’t work like television, and Senator Udall should know that. As much as I might wish otherwise, real life Congress doesn’t work like it does on an Aaron Sorkin drama, and Donald Trump is no Jed Bartlet.