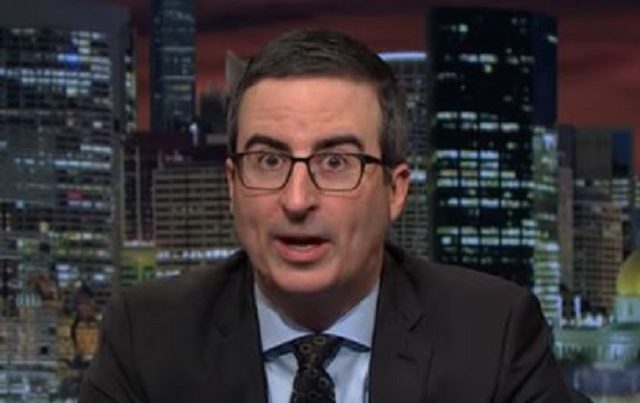 Earlier today, I wrote about a lawsuit that coal executive Robert Murray and several of his companies brought against TV host John Oliver, HBO, Time Warner, and a producer claiming that a segment on Oliver’s show, “Last Week Tonight,” made defamatory statements about him that Oliver knew to be false. To say that the lawsuit has a slim chance of being successful would be an understatement. After reviewing the complaint, I believe, both the law and the facts seem to be very much in Oliver’s favor.

First off, in order to win a defamation case, a person has to show that someone made a statement to a third party (like a television audience) that is 1) damaging and 2) false. Additionally, if the person is a public figure, like a CEO who makes television appearances might be, they have to prove 3) actual malice, meaning that the statement was made with knowledge that it was false or reckless disregard for whether it’s true. Oliver’s show may well be damaging, but from what I’ve seen, it all appears to be true, and Oliver has good grounds to base that on, even it turns out he was incorrect.

On top of this, the political nature of the segment affords Oliver an additional First Amendment shield. As First Amendment attorney Floyd Abrams said, “Political commentary, whether phrased humorously or not, receives sweeping protection under the First Amendment. That is likely to be especially true when a judge reviews a complaint that seems so filled with political references.” On the show, Oliver commented on the politicization of the coal industry, and showed various clips regarding Murray’s relationship with President Donald Trump, a vocal supporter of the coal industry. This is likely what prompted Murray to note in his complaint that HBO’s parent company, Time Warner, was a big Hillary Clinton donor.

Abrams added that it’s also relevant that Oliver’s show—and his statements—were presented humorously, which assure that statements that are obviously exaggerated wouldn’t be taken literally by the audience. It’s not impossible to win a defamation case against a humorous presentation, Abrams said, but given that Murray and his companies aren’t just going after the show, but also a federal study’s conclusions, they “seem to have an especially demanding burden to meet.”

Just in case those legal arguments aren’t enough, the allegations that Murray makes are flat out ridiculous, full of half-truths and omissions.

Murray’s complaint states that before the episode aired, the show contacted him and informed him of what would be discussed. He says he and his companies responded by pointing out that what Oliver planned to say on the air was false and based on “outdated” sources. A major point of contention in the episode is where Oliver mocks Murray for saying that the collapse of a mine he owns was the result of an earthquake, even though a federal report said that wasn’t the case.

Even funnier than Oliver’s jokes about Murray, however, is Murray’s response to this accusation. The complaint insists that despite early reports, the mine collapse was indeed caused by an earthquake. The lawsuit cites a federal report which it says:

contained multiple concessions that a sudden change in stresses due to a ‘slip along a joint,’ or ‘joint slip in the overburden,’ which is very similar to the United States Geological survey’s definition of an ‘earthquake’ … ‘could have been a factor in triggering the collapse.'” It then cites unnamed “studies” that supposedly determined that “the collapse was caused by what many would characterize as an earthquake.

At first glance, that sounds like a decent argument that the collapse was caused by an earthquake, and that Oliver is full of it. That is, until, you notice that none of the language the lawsuit uses or cites actually concludes that an earthquake caused the collapse. Not only that, the very federal report that Murray’s complaint cites reaches the exact opposite conclusion.

If you’re not laughing yet, check this out: the very first sentence of the report’s section titled Explanation of the August 6 Collapse says, “The August 6 collapse was not a “natural” earthquake, but rather was caused by a flawed mine design.” But what about this part of the complaint that says, “When Mr. Murray arrived at the Mine, the University of Utah was broadcasting that an earthquake had occurred?” Yeah, the federal report says that the same university concluded that what may have resembled an earthquake was really a seismic event “created by the August 6 collapse.”

I don’t know what Murray’s lawyers were trying to pull with that one. Did they not think that the court or HBO’s lawyers would be aware of those parts of the report? It’s not like they can just sneak in a few quotes taken out of context and not expect the rest of the document to be used against them. The rules of evidence in West Virginia, where the complaint was filed, address this with the same language as the federal rules. Both explicitly state:

So if Murray wants to use those out-of-context quotes from his complaint at trial, the true conclusion of the report would quickly be thrown in his face.

Oh, and you may be wondering where those select quotes in Murray’s complaint came from. It’s the best part, so I’ll tell you. Yes, the report does mention “a sudden change in stresses due to slip along a joint” which “could have been a factor in triggering the collapse.” And yes, the U.S. Geological Survey does define an earthquake as “a sudden slip on a fault,” which, as the complaint points out, is similar language.

But here’s the full sentence from the report Murray’s complaint cites, instead of the snippets it uses (emphasis added):

Similarly, a sudden change in stresses due to slip along a joint in the roof within the collapse area could have been a factor in triggering the collapse.

The roof. The report is talking about a slip along a joint in the roof. Not a slip on a fault. The roof.

Murray’s entire case regarding the mine collapse appears to rest on how the report uses the word slip.

Are you laughing as hard as I am?

Indeed, even if Murray did send Oliver reports that conflict with what he was planning on saying on TV, Oliver relied on a government report that told a different story. Relying on a thoroughly researched report by government officials instead of contrary statement provided by the very person who’s contradicting it hardly amounts to knowingly making false statements.

Oliver expected Murray to sue him, and said that he stands by his statements. I don’t blame him. Last Week Tonight is funny, but it’s got nothing on this lawsuit.