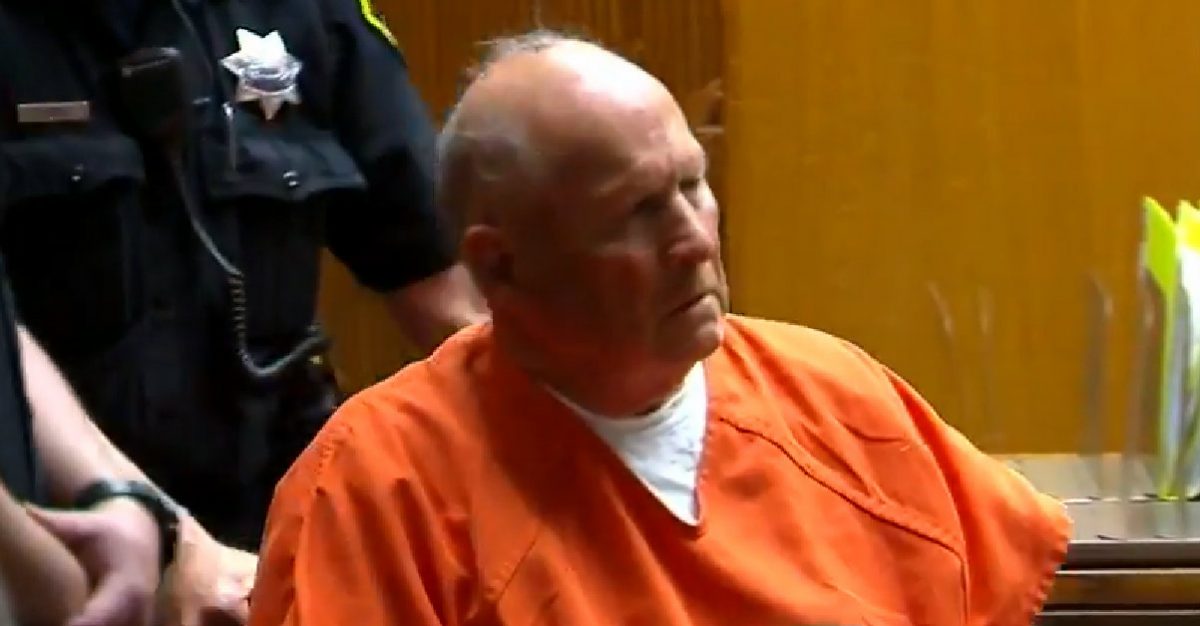 Investigators have been hard at work over the last 16 days, since DeAngelo’s arrest. They took a closer look at the evidence and re-interviewed witnesses. Now charges have been filed. #GoldenStateKiller pic.twitter.com/HgBsh7uStd

The suspect was taken into custody on April 25.

Details previously reported by The Sacramento Bee said DeAngelo is divorced, that he lived with a daughter and granddaughter, that he went by “Joe,” and that he said he recently retired.

Cory Harvey, a neighbor, was dumbfounded by the revelation that she was living next to a person believed to be the Golden State Killer.

DeAngelo was described as a generally good neighbor with alarming outbursts of anger — referred to as “quirkiness of getting mad.” DeAngelo was said to swear loudly in front of his garage, but was otherwise helpful with neighborly things like paying for a new fence.

Another neighbor who lived down the street, Paul Sanchietti, regarded DeAngelo as “the odd neighbor.” According to him, when DeAngelo “was aggravated or upset, his voice would carry, his swearing was alarming.”

“But he seemed to calm down in the last few years,” Sanchietti would add.

DeAngelo, it has also been revealed, used to be a police officer and was also a Vietnam veteran. He was kicked off the Auburn Police Department force in 1979 after he was caught shoplifting.

The Golden State Killer is believed to have committed at least 45 rapes, 12 murders and numerous burglaries in California between 1976 and 1986.